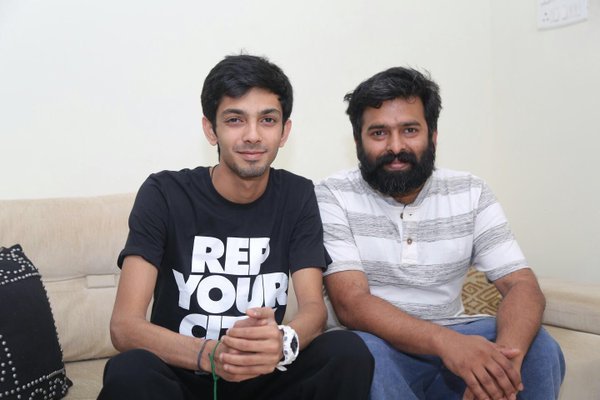 The latest updates from the makers that Anirudh recorded his voice for a song in Manithan movie from the musical of Santhosh Narayanan. The audio of Manithan to release soon and movie anticipated for Summer 2016.

The latest update is that Anirudh has sung a special song for this film which has music by Santhosh Narayanan. Udhayanidhi posted, “Thx @anirudhofficial 4 being a part of #manithan .. Uve made the song so special! @Music_Santhosh @Ahmed_filmmaker“.

Anirudh Ravichander, The prominent music composer of kollywood who worked with all top composers of the industry. In Last year, Anirudh crooned for AR Rahman in ‘I’ – Merasalaitan, then worls with Imman in Romeo Juliet ‘Dandanakka’ and later with many other movies. It seems Anirudh being the most wanted composer and singer of tamil cinema.

Manithan’ is the remake of Hindi court room comedy ‘Jolly LLB’. Santhosh Narayanan is scoring music and is produced by Red Giant Movies. Madhie is the cinematographer and Manikanda Balaji is its editor. The audio launch of the movie is soon expected.