Aircel unveils a new plan, 168 GB of 3G data for 84 days: The challenge that Reliance Jio has presented to other telecom companies is not easy. But companies like Airtel, Vodafone and RCom did not give up. Now Aircel has launched two new plans. In a plan, customers will be given 2 GB of data for every day for 84 days. With this, unlimited calls are also provided. 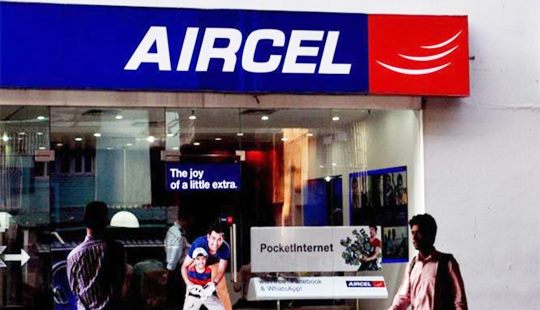 The validity of these plans is that the money laundering money is offered. In the Geo Plan of Rs 399, you get unlimited calls, free SMS, 84 GB data and live app subscriptions. The cost of the Aircel prepaid plan starts at Rs 419. In this price, the plan has been introduced in the North Eastern States. Right there, The price of this plan in Jammu and Kashmir is Rs 449. Apart from this, this telecom company has also offered an offer of Rs 229. But this is not as beneficial as it is.

Aircel Rs 419 plan is for the North Eastern States. It will provide 168 GB data for 84 days every day, according to 2 GB data. Apart from this, customers will be able to make unlimited calls on any network. Be aware that you will get 3G or 2G speed on Aircel data network.

A pack of Aircel’s Rs 449 in Jammu-Kashmir Circle comes with a similar offer. On the other hand, in the Airtel pack of Rs 229, you get a 84 GB date for 84 days. 1 GB data every day Right there, Unlimited Call facility will be provided only on Aircel Network. In both plans the Internet will run in 3G or 2G Speed.

399 Rs. In the Dhan Dhan Dhan offer, the customer gets 84 GB data for 84 days. But the speed is 4G. Every day, for 2 GB data, customers will have to choose a plan of Rs 509. But its validity is 56 days. Aircel had already introduced 84 GB data plan in 84 days in the UP East Circle. Talking about the other rivals of Reliance Jio, Airtel, Vodafone and Idea Cellular have also introduced 84 GB data prepaid plans in 84 days.