Touted to be science fiction thriller film, 24 is directed by Vikram Kumar and produced by 2D Entertainment & Studio Greens. The movie features Suriya and Samantha in lead roles and AR Rahman composed sound track and background score of the movie.

After huge buzz, finally the official first look poster of 24 has revealed. In which Suriya posing with stunning getup and new look. The team release two posters of the movie on their official twitter handle. Suriya and Samantha collaborate for second feature after Anjaan (2014). Director Vikram Kumar, who prominent for his tamil flick ‘Yaavarum nalam’ and recently he directed ‘Manam’ blockbuster movie in telugu lead by Nagarjuna.

Suriya’s last venture ‘Masss’ made decent collection at box office, however it’s not reach the expectation. So Suriya keen to bounce back in ’24’ movie. The Mozart of Madras, A.R. Rahman collaborate with Suriya after ‘Jillunu Oru Kadhal’.

The shooting of 24 has been wrapped up and post production works in full swing. The song anticipated to release on December 2015 from the musical of AR Rahman and movie scheduled for Earlier 2015 release. 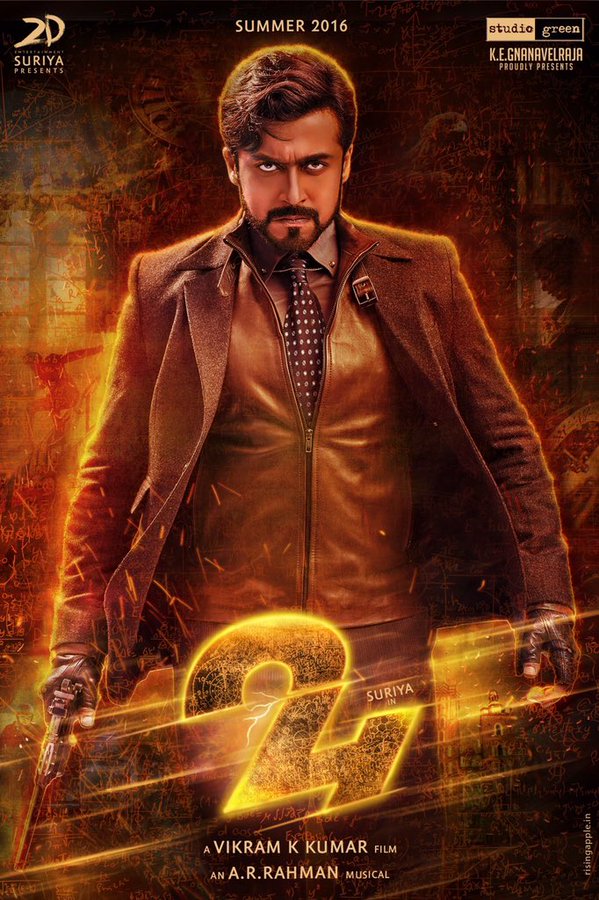 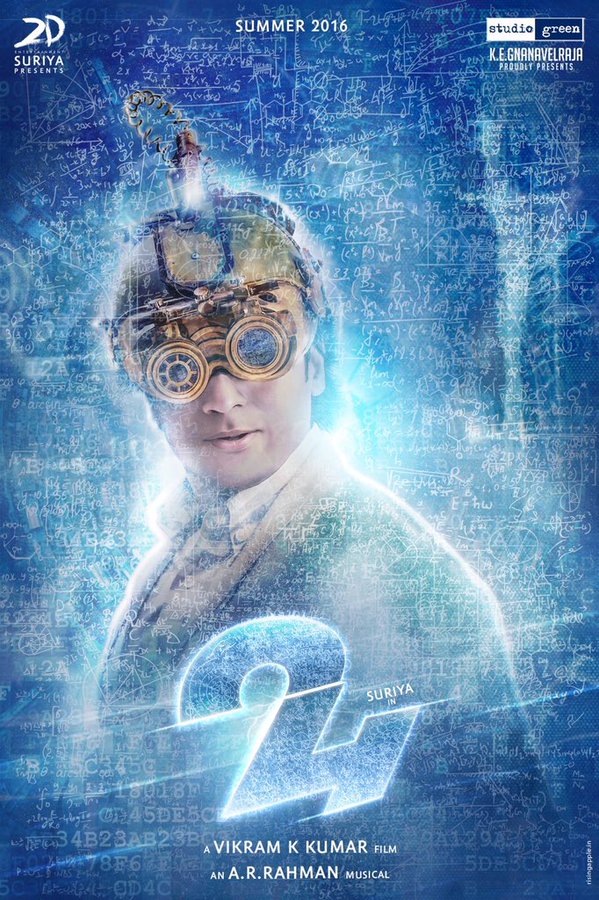 Stay tune for more updates and news about Suriya’s 24 movie.