The makers of the film are quite upset after came to know about the piracy. They have made a formal complaint in Tamil Film producers council to take action against those sites which release the film. Not only tamilrockers, Devi 2 also released in other popular piracy websites including movierulz, tamilgun, tamilyogi and many other platforms. 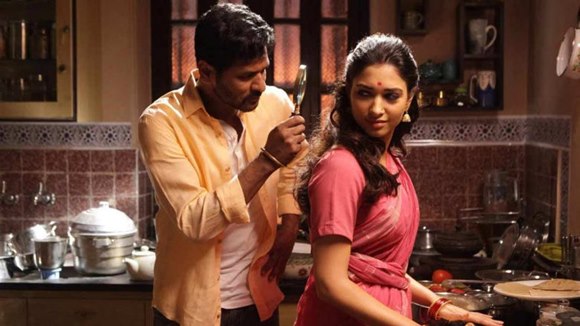 Devi 2 is a Tamil horror comedy film written and directed by AL Vijay. The movie starring Prabhu Deva and Tamanna in the lead roles. The film is bankrolled by K. Ganesh, R. Ravindran under the production banner GV Films. The other cast of the film includes Sam C. S. (Music Composer), Ayananka Bose (Cinematographer) and Anthony(Editor).

The film received mixed reviews from the audience and the critics on the first day. The first part of the movie ‘Devi’ which released in 2016 is a successful outing in both Tamil and Telugu languages. However, the part of the film directed by AL Vijay failed to meet the audience expectation.

Along with Devi 2, the most wanted pirate site also leaked another big release of the week NGK. The film featuring Suriya, Sai Pallavi in the lead roles. Directed by Selvaraghavan, NGK competes along with Devi on the silver screen on 31st May 2019.

Tamilrockers or Movierulz is not a safe and legal platform to streaming online or download full movies from their website. So we request the audience to watch and enjoy the film in a nearby theatre and not to support piracy. Devi 2 expected to release in online platforms soon by production banner, so wait for the official release and watch them by subscription.