The list of movies awaiting to get releases in August 2019 looks promising. Some of the biggies and most anticipated films from Tamil, Telugu, and Bollywood are lining up for release in upcoming weeks. The much waited for Saaho slated for August 15th release. 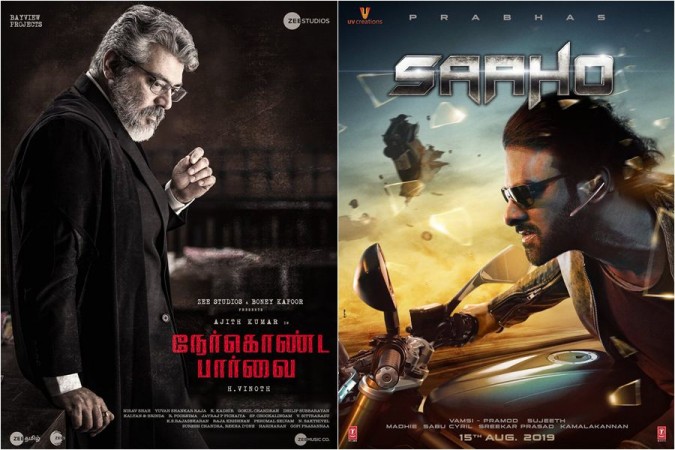 Tollywood: After 2 long years enjoying the biggest success of Baahubali, Prabha’s next Saaho set to release this month. Saaho is an action entertainer which made with a high production cost. The film planning to release in Telugu, Hindi and Tamil languages on the same day. Saaho pre-release buzz predicts it will be a yet another blockbuster for Prabha.

Along with Saaho, many other exciting movies planned for release in Telugu. Nani’s Gang Leader might get a release in the last week of August. After the huge success of Jersey in earlier 2019, Gang Leader is yet another experimental film by Nani.

Bollywood: Moving to Bollywood, Akshay Kumar’s Mission Mangal set to release on August 15th. The movie expected to clash along with Prabha’s Saaho in the big screen. However, both the movies planning to occupy their respective number of screens in the theatre. Mission Mangal is a film which The real-life story of the Indian Space Research Organisation’s Mars Orbiter Mission which made Mars more accessible to explore.

Tamil: In Tamil, Thala Ajith Kumar’s Nerkonda Paarvai set to release on August 8th. The official remake of Bollywood’s Pink which is directed by H. Vinoth to hit the silver screen from next week. After a long time, Ajith involved in releasing two movies in the same calendar year.

Ajith’s Viswasam which released in January 2019 along with another biggie Petta and take the box office in Strom. Nerkonda Paarvai is a different subject overall from Ajith’s previous films. So it will be exciting to watch him in a new avatar.

In Malayalam and Kannada also many movies slated to release on August 2019. It will be exciting to catch up all the films in the same month and enjoy the release along with friends and family, Stay tuned to Scooptimes.com for more news about the latest releases.