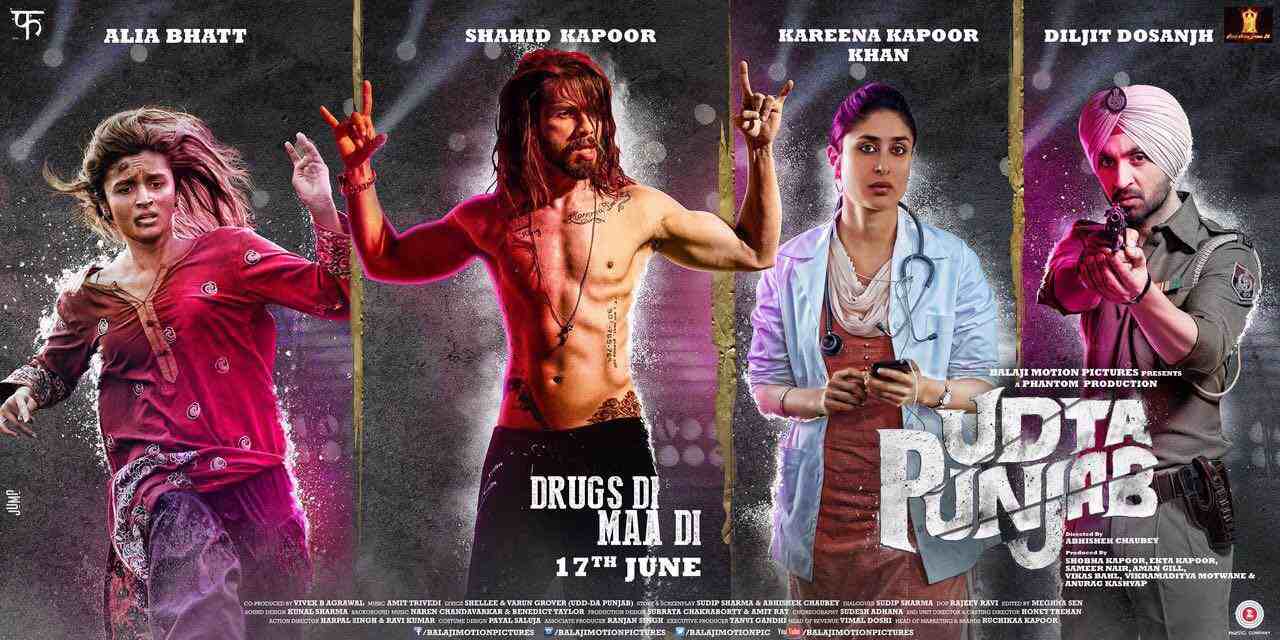 Here is the review roundup summary of Udta Punjab movie by some popular online movie portals. The movie garnered good reviews from audience and critics. On average Udta Punjab rating about 3 for 5 Stars.

‘A gut-wrenching look at the frightening dystopia that is Punjab today owing to rampant drug abuse.’ – The Hindu

‘Udta Punjab truly soars when being its own madcap beast, profane and powerful and preening’ – Rediff

‘Shahid, Alia starrer is worth all the fuss; flair and conviction.’ – The India Express

‘Abhishek Chaubey’s Udta Punjab is littered with standout scenes, but none matches the sledgehammer impact of the climax.’ – NDTV Movies

‘UDTA PUNJAB GIVES YOU A SUBS ‘TANTIAL’ HIGH. A lot of the dialogues are in Punjabi but the subtitles help.’ – Times of India

The movie garnered positive reviews from critics and audience as Shahid Kapoor starrer stand out as unusual drama. After crossing tons of hurtles, Udta Punjab has finally worth to watch on big screen. The film released in more than 3000+ screens worldwide on opening day. According to the reports, Udta Punjab box office collection estimated Rs. 20 crores (Approximately) on two days worldwide.

Udta Punjab Hit or Flop: According to reviews and box office collection of Housefull