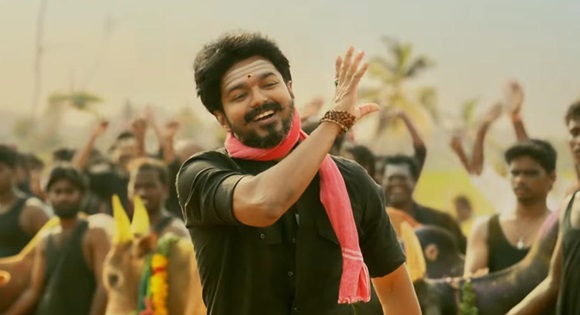 Here is the review roundup summary of Mersal movie by some popular online movie portals. The movie garnered positive reviews from audience and critics. On average rating about 3.5 for 5 Stars.

‘When you have a mass hero in full form like Vijay is in the film, how can things go wrong?’ – Times Of India

‘For Vijay and his fans, Atlee has delivered a celebratory film’ – Hindustan Times

After Blockbuster Theri in earlier 2016, Vijay and Atlee combo’s ‘Mersal’ released with high expectation. The film released in over 2500 screens in India and over 4200 screens in Worldwide. The film produced with the budget of Rs. 120 crores (approx.)

The movie Mersal garnered positive reviews from the audience and critics. Due to festival release, almost tickets sold out in all centers within no matter of time.

With high positive reviews and powerful word-of-mouth, Thalapathy Vijay starrer re-written new number at box office for tamil movies in all centers. As per earlier prediction, Mersal all set to join the prestigious 100 crore club, which will be 5th film for Vijay to do so after Thuppakki, Kaththi, Bairavaa and Theri.

The film emerged as highest day 1 collection of all time and expected to set highest ever box office collection for Vijay in his career. The movie expected to go pass Baahubali – The Conclusion and Vivegam BO collection in tamil nade within a week. Stay tune here for more box office update.

Mersal Hit or Flop: According to reviews and box office collection of Mersal.

Also, tell us what are your views about Mersal Hit or Flop verdict details in the comments section. Check out below for more latest kollywood news and updates in scooptimes.com