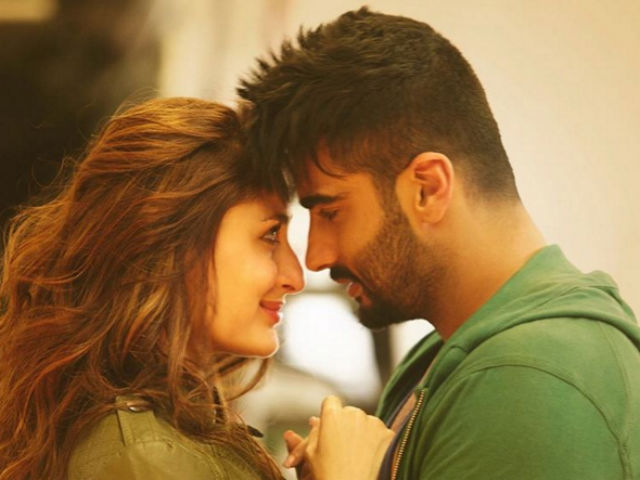 Here is the review roundup summary of Ki and Ka movie by some popular online movie portals. The movie garnered good reviews from audience and critics. On average Ki and Ka rating about 3 for 5 Stars.

‘Just like a marriage that has seen better days, this film was potent with promise but doesn’t cash in on its potential.’ – Gulf News

‘So I request all the men reading the review to not just appreciate the women in your life but share your salary with them.’ – Masala.com

‘Balki, who had earlier worked magic with ‘Cheeni Kum’, creates a messy love story in ‘Ki and Ka’ – Emirates 24/7

‘Too much breakfast and coffee table drama steals the steam from this well intentioned film. Ki & Ka isn’t a strong voice against gender stereotyping’ – Hindustan Times

‘Ki and Ka is sweet and has its moments, but I couldn’t stop myself from saying ‘yeh dil maange more!’ – Bollywoodtimes

‘Kareena is terrific, Arjun, endearing. But Balki’s writing is inconsistent.’ – Times of India

‘”Great to see the premise– send a woman out, keep a man in, and reverse gender expectations- on screen’ – The Indian Express

‘Large swathes of Ki & Ka are fun, considerable sections of it are unexpectedly broad-minded’ – Firstpost

The movie garnered positive reviews from critics and audience as Arjun starrer stand out as full fledged romantic entertainer. The film mashed with major portion of romantic and comedy with fewer sentiments which ends as typical commercial entertainer. According to the reports, Ki & Ka box office collection estimated Rs. 7.8 crores (Approximately) on its opening day.

Ki and Ka Hit or Flop: According to reviews and box office collection of Ki and Ka