Chiranjeevi’s Khaidi No 150 Movie Analysis – Here is the Exclusive hit or flop Verdict Report of Khaidi No.150, The 2017 telugu action drama film has been released on 11th January, 2017. Starring Chiranjeevi, Kajal Agarwal and Tarun Arora, directed by V.V. Vinayak and produced by Surekha Konidela. Check out here for Khaidi No 150 hit or flop Movie verdict and Review Analysis, Box office collection. 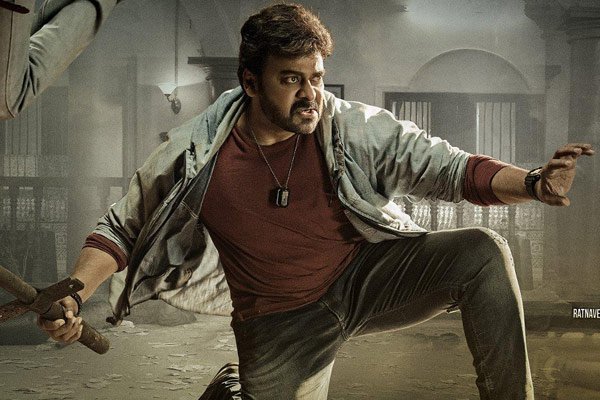 Here is the review roundup summary of movie by some popular online movie portals. The movie garnered good reviews from audience and critics. On average rating about 3.5 for 5 Stars.

‘Chiranjeevi is back for sure, although we can’t quite say he’s back with a bang.’ – Times of India

‘Chiranjeevi’s film is a faithful remake of Kaththi’ – India Today

‘Kaththi remake is all about heralding megastar Chiranjeevi’s return’ – Firstpost

‘A film that has some nice mass moments and has dealt on a topical issue with cliched script.’ – GreatAndhra

The movie is a official remake of 2014 blockbuster tamil release ‘Kaththi’ directed by AR Murugadoss. The comeback film of Mega star has garnered huge response among audience.

Released in more than 2000+ screens worldwide and created huge buzz among tollywood movie-goers. With positive review among critics and audience the film opened up with huge numbers at box office.

Chiranjeevi Khaidi is created new record at tollywood box office which by collecting around Rs. 40 crores in Andra Pradesh and Telangana in first three days. And surpasses Non-Baahubali records.

Khaidi has breezed past the 10 crore mark in Nizam in three days and collected over 6 crore share in Ceded already.

3 days collections of K150 in AP and Telangana:

Khaidi No 150 Hit or Flop: According to reviews and box office collection of the film.