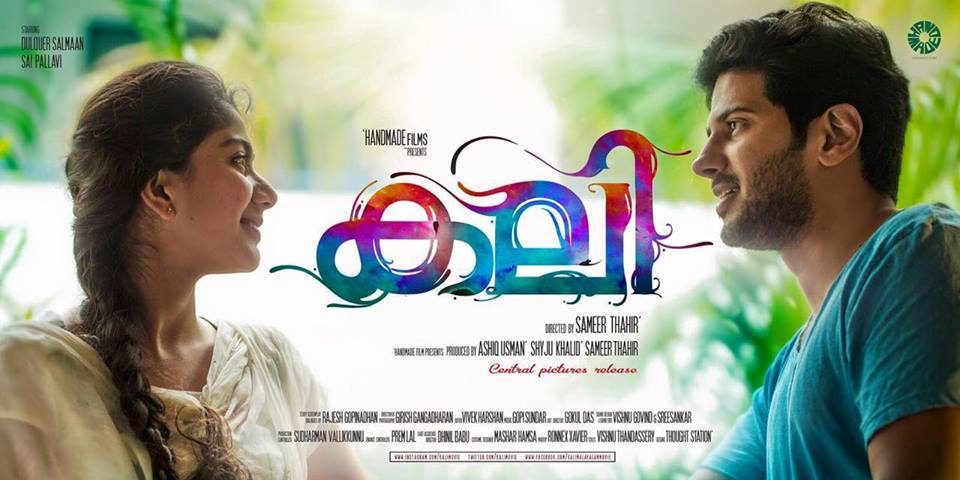 Here is the review roundup summary of Kali movie by some popular online movie portals. The movie garnered good reviews from audience and critics. On average Kali rating about 3.5 for 5 Stars.

In a flash, one sees a change in situations, the ball has shifted court, anger has bared its fangs, and Kali has won it, fair and square.’ – Manorama Online

‘Overall, Kali is brisk and concise; watch it for Dulquer Salman and Sai Pallavi’s performances.’ – Times of India

‘Kali has Dulquer’s anger, Sai Palavi’s plight and much more to offer as the director’s vision is clear!’ – Behindwoods

‘Kali has the potential of becoming a rage with the viewers.’ – Rediff

‘An above-average, visually appealing romantic thriller which will keep you engaged from the beginning till the climax. ‘ – Filmibeat

The movie garnered positive reviews from critics and audience as Dulquer Salmaan starrer stand out as full fledged family entertainer. The film mashed with major portion of romantic and comedy with fewer sentiments which ends as typical commercial entertainer. According to the reports, Kali box office collection estimated Rs. 3 crores (Approximately) on its opening day.

Reportedly, Kali marked as one of the biggest opener collection of Malayalam movies 2016. With positive word of mouth the film going stronger at box office even after first weekend. The film anticipated to enter top 5 highest grosser of 2016. Stay tune for more box office collection updates. Box Office Details

Kali Hit or Flop: According to reviews and box office collection of Kali