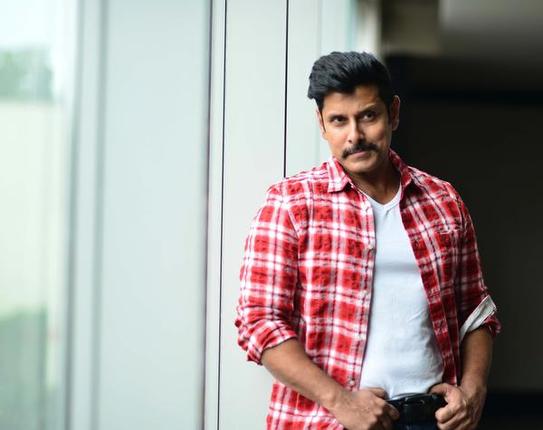 The movie directed by Anand Shankar and produced by SKT Studios. Check out here for Irumugan (aka) Iru Mugan hit or flop Movie verdict and Review Analysis, Box office collection.

Here is the review roundup summary of the movie by some popular online movie portals. The movie garnered good reviews from audience and critics. On average Iru mugan rating about 3.5 for 5 Stars.

‘Vikram in full form, technically strong too. But script and logic could have been handled better’ – Behindwoods

‘Iru Mugan is a let down, The film is let down by the meandering screenplay and insipid execution.’ – Rediff

‘science of the times, Vikram, a cold-hearted secret agent, a widower, is the only one who can save the universe.’ – The Hindu

Despite of mixed review from audience and critics, Vikram starrer opened up with good collection at box office. The film has grossed nearly Rs. 10 crore on the opening day.

The film has released on working day (Thursday) on 8th September. With good word of mouth among all center audience, The film has grabbed houseful shows in weekend.

After flop 10 Endrathukulla in 2015, Vikram back to box office with a solid hit of Irumugan in 2016. The film is also doing good business in Kerala and Telugu.

As per the source, The movie is expected to gross over Rs. 50 crore worldwide after first weekend. Which is second highest collection for Vikram after ‘I’. Stay tune here for more box office reports about the film.

Iru Mugan Movie Hit or Flop: According to reviews and box office collection of the movie.