Hit and Flop, Blockbuster Tamil Movies 2019 – Kollywood is one among the most popular and profitable film industry in India after Bollywood and Tollywood. The popularity of Tamil movie increasing year to year across India and worldwide. As per the report, around 150 to 200 films releasing every single year in the Tamil language. Here is the complete list of Hit, Flop, Blockbuster Tamil movies releasing in 2019 along with more information about top 10 movies.

According to the distributors and trade analyst of Kollywood industry, the hit percentage of Tamil movies claimed to be around 10 to 15% in overall release in the year. The year 2019 expected to perform high in the box office with exciting releases lined up of some big stars in the industry.

Star actors like Superstar Rajinikanth, Thalapthy Vijay, Thala Ajith, Suriya, Vikram, Sivakarthikeyan, Vijay Sethupathi are listed among as most bankable actors in the industry for the past few years. The Tamil cinema industry market expanding in large numbers in neighboring states and also in the overseas market.

For instance, Rajinikanth and Vijay’s movies releasing in a wide range of screen in Tamil Nadu, Kerala, and Karnataka. On average a big star movie releasing in 3000 to 5000 screens worldwide including dubbed release.

Here is the complete list of Hit and Flop Tamil movies 2019 with box office verdict. 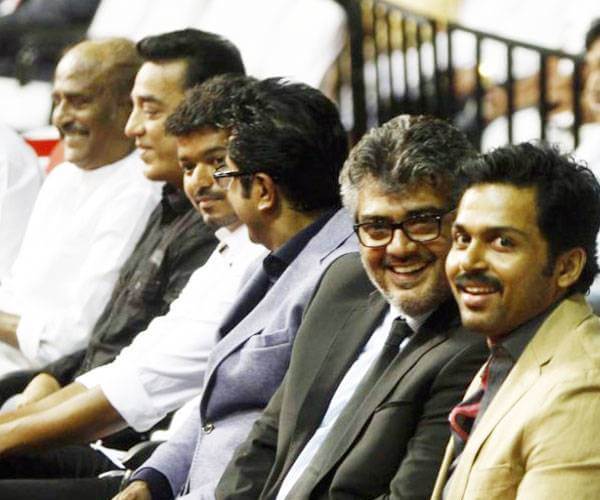 Kollywood, which is known as the Tamil Film Industry is one among the top filmmakers in India. The movies made in Tamil language and widely released in the state of Tamil Nadu. Along with Bollywood (Hindi) and Tollywood (Telugu) movies, Kollywood films doing huge business across India and overseas.

According to the report, around 2000 to 4000 crore amount of money traded in the industry on making the film and distributing in theatres.

Since Tamil is a regional language in India, the primary source of the audience for the Kollywood is from Tamil Nadu, which demographic with 32 different districts and more than 7 crore population.

2019 is going to be a massive year for Tamil film industry since some of the exciting movies lined up for the release throughout the year. Big stars are targeting the festival release dates and the year’s most important Pongal clash going to huge.

Industries top actors Superstar Rajinikanth and Thala Ajith to clash each other on the same day with their respective movies Petta and Viswasam.

Another biggest festival of the Diwali is slated for Thalapathy Vijay’s next directed by Atlee. Suriya is getting ready with two big releases for the year, NGK directed by Selvaraghavan and Kaapaan with KV Anand. Alongside, Vikram expected to appear in silver screen with his two movies Kadaram Kondan and Dhruva Natchathram. 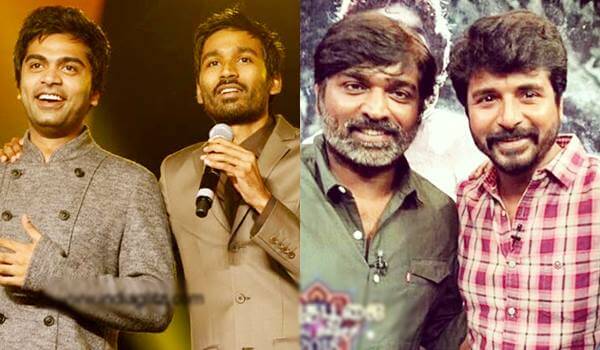 After the massive hit of Vada Chennai in 2018, Dhanush to release a sequel of the film this year and also expected his new movie with Durai Senthilkumar to release for Diwali. STR awaited with his ‘Vandha Rajavadhan Varuvan’ and getting ready for the shoot for his next ‘Maanadu’ in 2019.

Top film-makers like Shankar, AR Murugadoss, Mani Ratnam yet to announce their next movie shooting, So chances to see their piece of direction in 2019 is in big question. Meanwhile, the audience eagerly waiting for the releases of Ennai Noki Paayum Thotta and Dhruva Natchathram from Gautham Vasudev Menon.

Here is the small recap of the year 2018: Last year Tamil cinema has come across many hit and flop movies at the box office. According to the trade analyst and distributors, top 5 grosser of the year are 2.0, Sarkar, Kaala, Thaana Sendha Kootam, Kadaikutty Singam, and Seema Raja. Despite mixed reviews, all these movies performed par excellence at the box office in all centers.

2.0 considered as an industrial hit of all time in Tamil cinema and Thalapathy’s Sarkar marked as highest grosser in Tamil Nadu of all time. Some of the other critically acclaimed successful movies at the box office are Vada Chennai, Ratchasan, 96, Pariyerum Perumal.

Some of the much-awaited movies flop at the box office and turned out an as huge upset. The list includes Sammy Square, Viswaroopam 2, Junga, Gajinikanth and more.

The film verdict hit and flop listed based on various factors of the movies full run time. Here are some of the major consideration to include while verdict the above listing.

• Critically acclaimed – How well the audience received the movie and based on the critic’s review.

• A total number of movies run time on theatres – The film which runs the most number of days in theatre is offers considered as a successful outing at the box office.