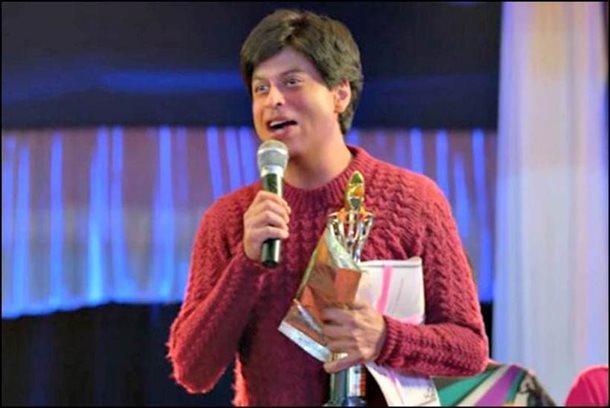 Here is the review roundup summary of Fan movie by some popular online movie portals. The movie garnered good reviews from audience and critics. On average Fan rating about 3 for 5 Stars.

‘There are loopholes, but it’s definitely a thrilling ride’ – Hindustan Times

‘Shah Rukh Khan is out of his comfort zone and great as both Gaurav and Aryan. The film? Well, ye dil maange even more.’ – The Hindu

‘Fan is proof that even if SRK isn’t 25 years old, he certainly has the kind of enthusiasm that might put many 25-year-old actors to shame.’ – NDTV

‘Shah Rukh Khan at his finest in this dark, unconventional movie’ – DNA India

‘Loaded with good screenplay and amazing performances, FAN deserves a watch during your weekend’ – Behindwoods

The movie garnered positive reviews from critics and audience as Shah Rukh Khan starrer stand out as full fledged entertainer. The film mashed great plot and fewer comedy with sentiment which ends as complete movie. The film released in more than 2500+ screens worldwide on opening day. According to the reports, Fan box office collection estimated Rs. 19 crores (Approximately) on its opening day in India.

Fan Hit or Flop: According to reviews and box office collection of Fan