Touted to be Comedy Entertainer, Kadavul Irukan Kumaru is written and Directed by Rajesh and produced by Shiva. G.V. Prakash Kumar and Nikki Galrani playing lead roles in the film. RJ Balaji doing an important role in this flick.

With the absence of Santhanam, Director Rajesh going for the very first time after six movies in past. The first look poster featuring GVP and RJ Balaji in different avatar. The official release details of the movie to announce soon. 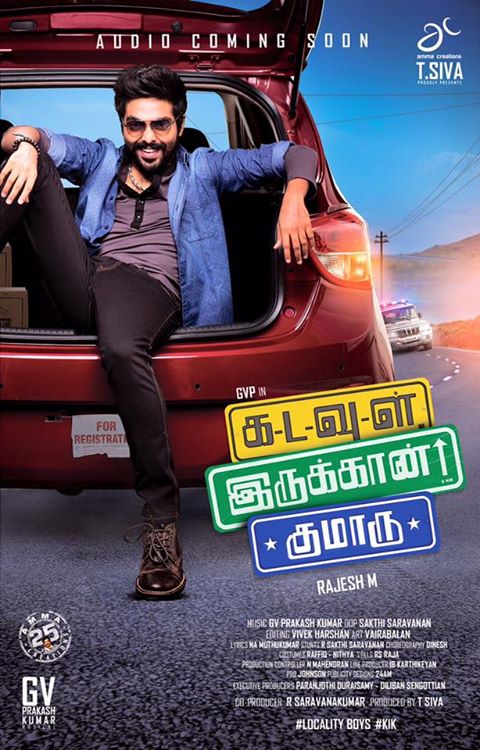