Iru Mugan is an upcoming Indian Tamil mystery thriller film written and directed by Anand Shankar. The film features Vikram, Nayantara and Nithya Menen in the lead roles. Having gone through several changes of cast and producers, the film began production in December 2015.

The sound track and background score of the film to compose by Harris Jayaraj. Meanwhile, RD Rajasekar to handle cinematography and Editing by A. Sreekar Prasad. The other cast and crew details of Iru Mugan yet to reveal.

The film was launched in December 2015 and it was revealed that the film would be shot in Chennai, Ladakh, Bangkok and Malaysia. The first look poster of Iru Mugan featuring Vikram in completely different avatar with two fade face. Check out below for Iru Mugan First look poster. 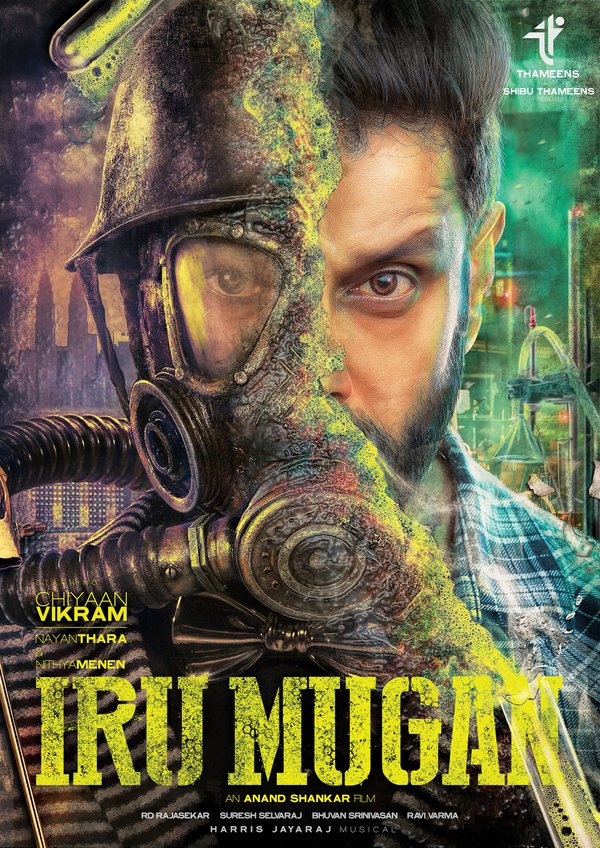