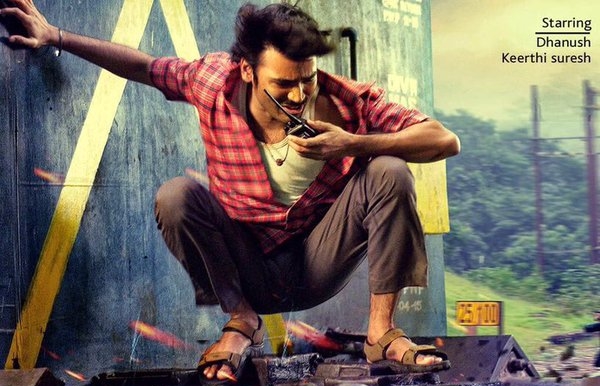 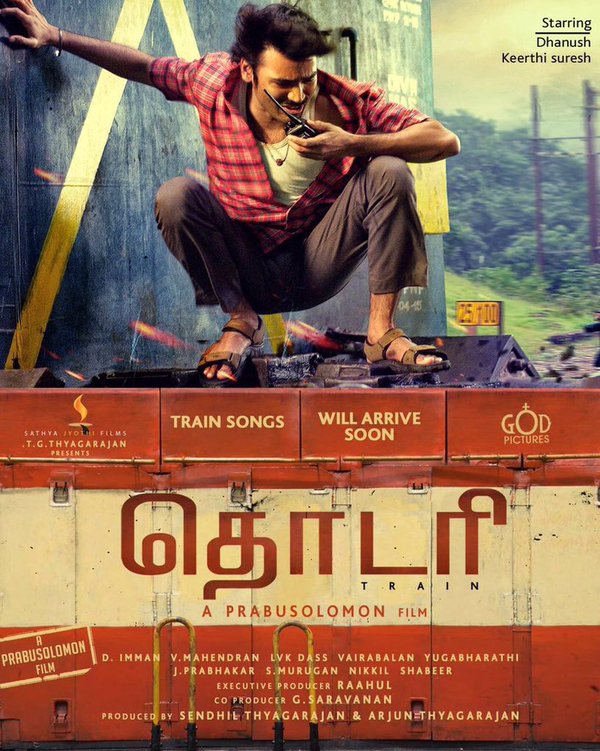 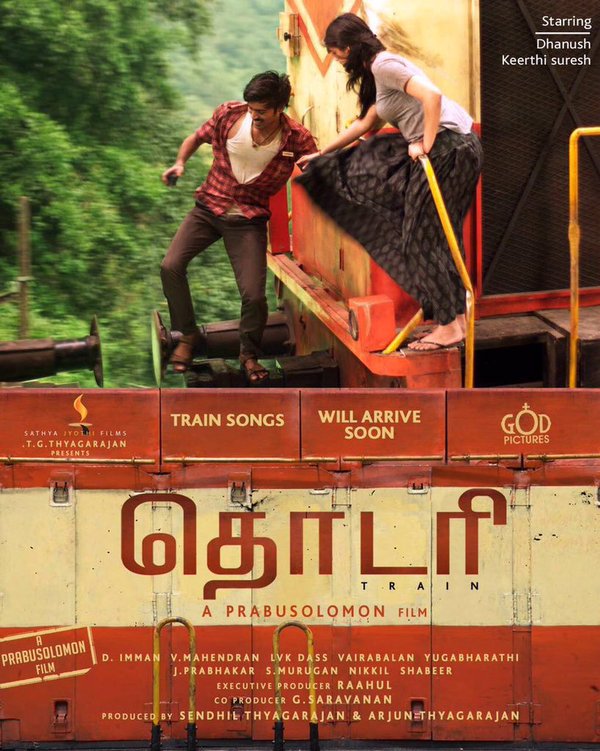 After Successful three movies in 2015, Dhanush set to release his first in 2016. The film directed by Prabhu Solomon has titled as Thodari which means Train in English.

Sathya Jothi films produced the movie and starring Dhanush and Keerthy Suresh in lead roles. The shooting of Thodari hs been wrapped up on January 2016 and post production works going in full swing.

After success of Kayal in 2014, Director Prabhu Solomon completed another promising feature in tamil along with National Award winning Dhanush. Keerthi Suresh has played female lead in this film.

The music of Thodari composed by D. Imman and songs all set to release on April 2016. Stay tune for more updates about Thodari release date, cast & crew details.