Vijay’s next movie is officially titled as ‘Bhairava‘ (aka) Bairava. The first look poster of Vijay forsthcoming film has been released. The film directed by Bharadhan and Produced by Vijaya Productions. Check out below for Bairavaa (aka) Bhairava First Look Poster Images, Photos, Poster.

The poster of Bhairava has been leaked on internet before its official release.

The team has planned to reveal the movies titled and first look photo on the night of September 2nd, 2016. However the poster leaked on whatsapp, facebook and twitter.

Santhosh Narayanan to score soundtrack and backgroundscore of the movie. The first look poster hint movie to release on January 2017. 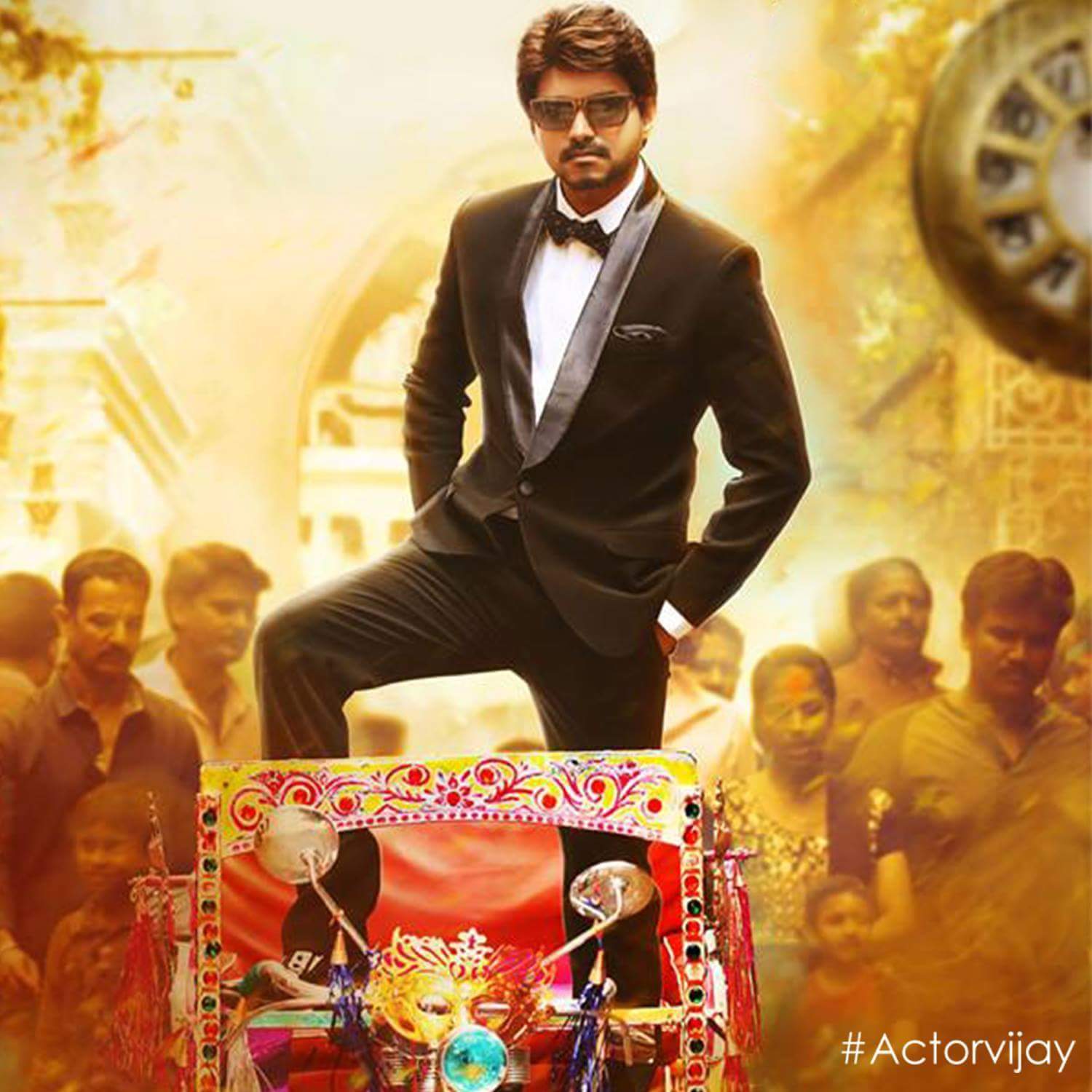 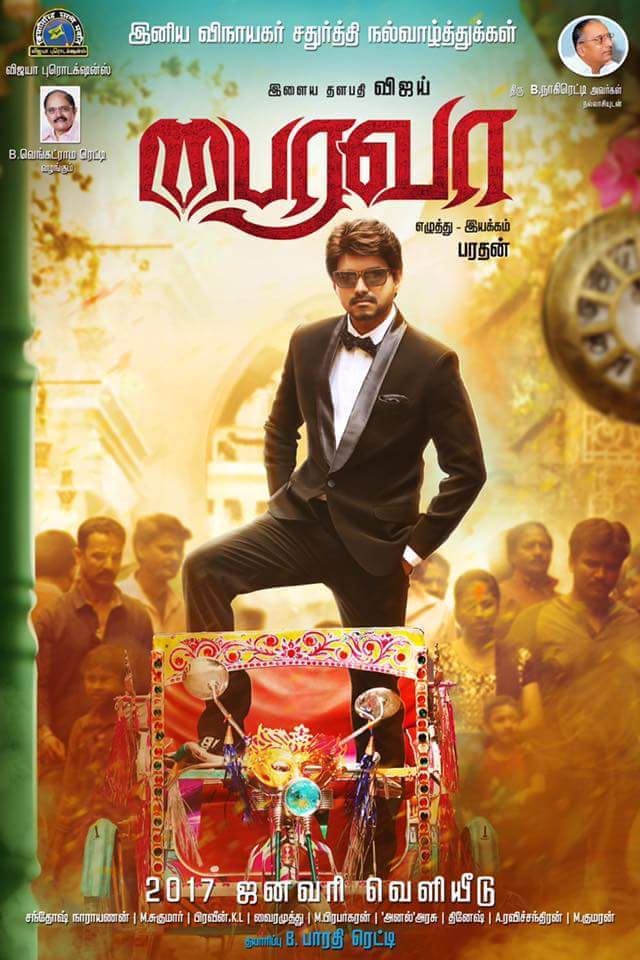 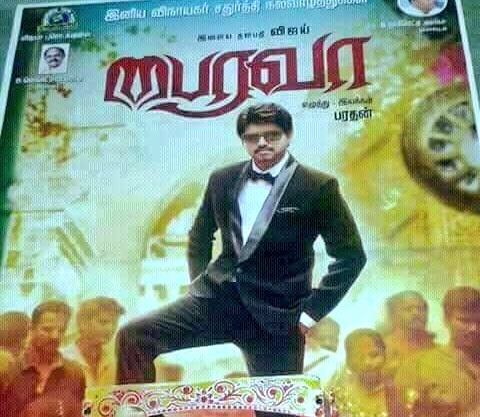 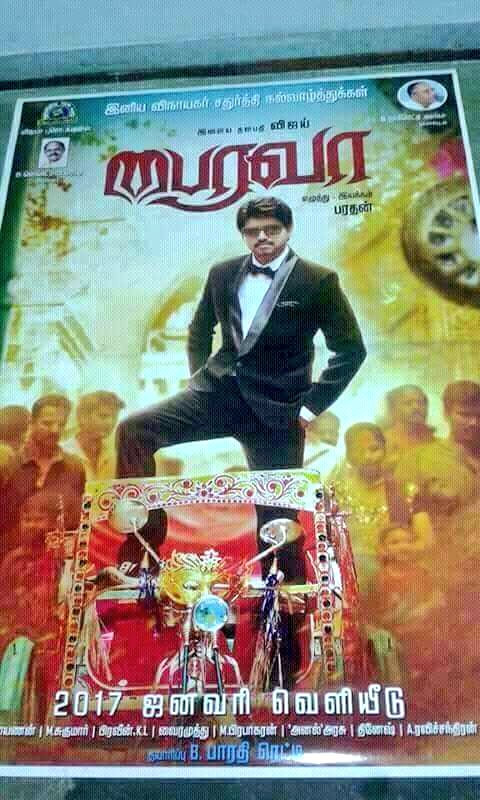