Home » Viral Video: Before the Live Show, the TV reporter blows on the cockroach

Viral Video: Before the Live Show, the TV reporter blows on the cockroach 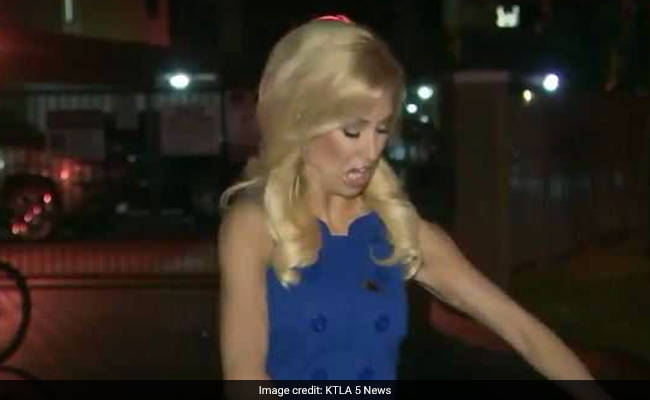 Often such videos come out, in which TV reporter or anchors are seen to make a mistake, and just then, the joke starts, and the video gets viral … but sometimes the reporter’s There is no mistake, and yet they become a joke … one such case is from Mary Beth Macdad of Los Angeles, who is a reporter in KTLA NEWS. Mary was ready to go live on TV, but a few seconds before the broadcast, a cockroach flew over it, and as soon as Mary saw Cockroach, she screamed.

Meanwhile, a coworker also reaches to help the reporter, and they succeeded in removing him from his attire after trying several times …

In the video of this event, Mary appears to be very scared in the beginning, though she later got rid of cockroaches, but she herself could not stop laughing after the incident.

Ahhhhh: Flying cockroach jumps on @mcdade_mb before her live shot on the @KTLA 5 News at 10p! #RoachBomb pic.twitter.com/ZjbC8NDMuv

The entire video clip of this incident was posted on Twitter by his colleague Marcus Wilson Smith.