Home » EXCLUSIVE – Once Again, In The International School, You Will Be Able To Fly By Watching The Teacher’s Torch

EXCLUSIVE – Once Again, In The International School, You Will Be Able To Fly By Watching The Teacher’s Torch

A video of these days is increasingly becoming viral in social media. From Facebook to viral videos on all the websites, a young man is seen to be ruthlessly beaten by two boys. It is claimed that these videos are from the Euro International School of Haryana. In which a teacher is cheating children. Because school children fought among themselves during sports. After which the teacher beat the two with a lot of shoes

What is special in video? 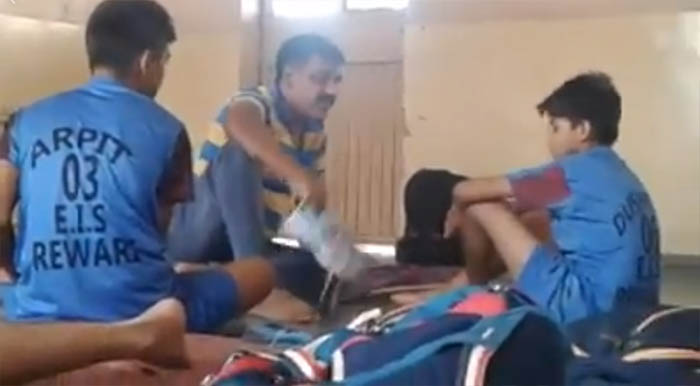 It is clear in the video that two boys are sitting. Who is wearing a blue color t-shirt sport. A boy’s t-shirt is written in the prescript 03, EIS Rewari. That is, the boy’s name is offered, and Euro International School reads in Rewari. A young man is sitting with both students wearing t-shirts and pants. Who is interrogating both the children. At the sight of the youth, suddenly the young man starts shooting at the nearby shoes with the shoes of the student. When the student opposes, he is beaten by the shoes. It is also showing in the video that the second student, whose written in T-shirt is written. Even before the youth ruthlessly shocks the boots again. 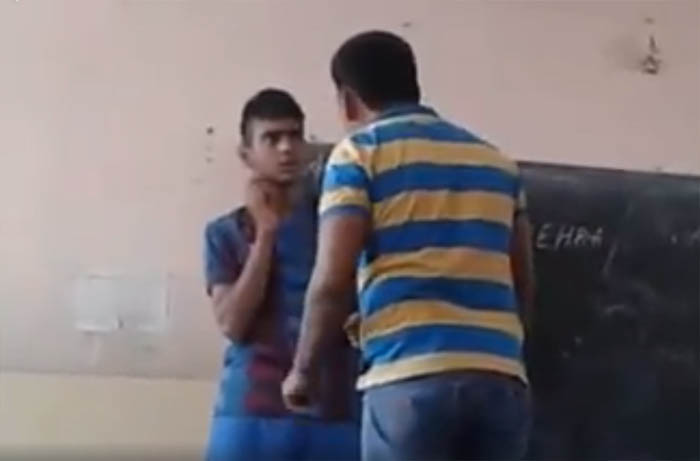 In the post, the person sharing the video in the social media wrote that this video should be shared with you so that the Haryana government is reaching out, as well as demanding action against the teacher who is brutally beaten.

Millions of people have watched videos in 24 hours 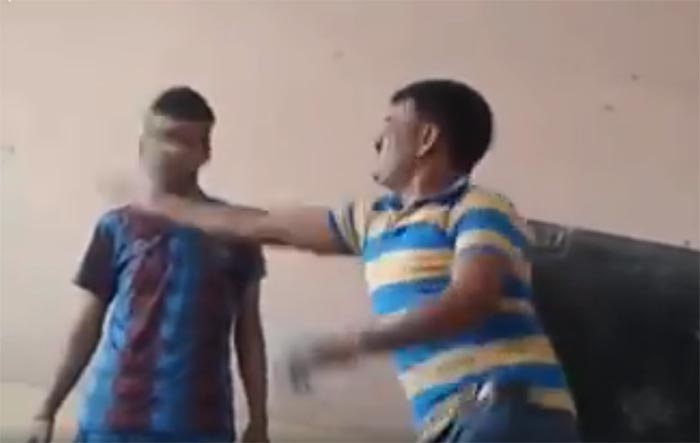 People are constantly commenting on this video in Facebook and Instagram. People have added the phenomenon of Ryan International and Euro International. People have written in the comment that in the name of the international school, schools charge high fees, but the behavior of teachers and staff remains the same. Which can be seen in rayon and euro school.

In the comments of the people, people have praised the students. In the comment box, it is written that the children have done good by opening the school’s pole. In such a way, people will be able to know.How is their children being treated badly in the name of the international?