Keerthy Suresh, the latest sensation of tamil cinema, the actress who was been talked mostly on social media’s for recent days after release of Rajini Murugan movie. Sivakarthikeyan’s pongal release Rajini Murugan declared as Super hit of the year in which Keerthy Suresh played as Lady lead. The young actress who impressed millions of hearts with her charming performance in the movie by which she earned huge number of fans. Here are some of the lesser know facts about Keerthy Suresh. 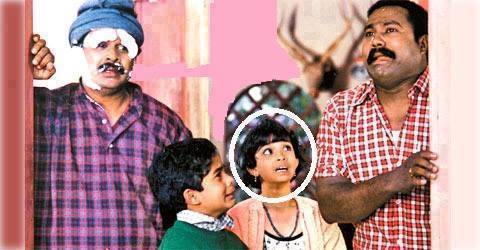 Actress Keerthi Suresh made her malayalam debut as child artist and feature in three movies. At the age of 8, Keerthy made her first appearence on screen for Pilots. Later she worked for two more movies in childhood days for Achaneyanenikkishtam and Kuberan movies.

The Rajini Murugan actress were born and grown up in chennai since her childhood days. Keerthy completed her schooling in chennai then later movie to kerala for further studies. After completing her higher secondary schooling at Kerala, She again backs to chennai for her collage.

Keerthy Suresh completed her college in chennai as she join the Pearl Academy where she completed her degree in fashion design. After finishes her design course Keerthi went to London for two month internship. Despite making a career in acting, she has stated that she was also “seriously considering a career in designing”.

The Rajini Murugan actress Keerthi suresh was 23 years old, She was borned on 17th October, 1992 to noted Malayali film producer Suresh Kumar and actress Menaka. The young actress who looks promising with her performance in Rajini Murugan set to rule south cinema sooner.

Keerthy Suresh born to kerala based family and she fluently talk and write Malayalam. Keerthy also know tamil as she grew up in Chennai for many years. The actress also planning to learn some more new south languages for her upcoming movies.

With her inpressive performance in her debut Malayalam and tamil movies, Keerthy Suresh already signed up for six movies in 2016. Which includes Dhanush’s Rail, Sivakarthikeyan’s untitled next and some more interesting malayalam and telugu projects.