5 Special Things To Know About The New 200 Rs Note 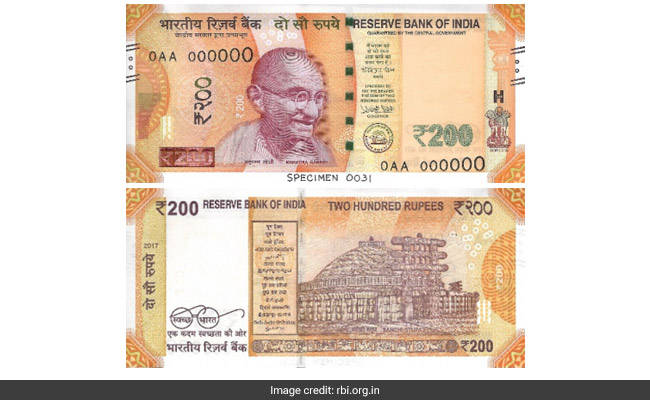 In today’s banking system, new notes of 200 rupees are going to be entered from today. In fact, the Reserve Bank of India is going to issue it on August 25 . According to the RBI, after its release, there will be more ease in the transaction. There was no note between 100 and 500 rupees so far. In the same way, it is being released. Well it will be the first time that a note between Rs 100 and Rs 500 is going to be released in the country. This is the fourth new note being issued since the announcement of the ban on last year. Take a look at the special features of this note:

1. RBI has said that in the notes of 200 rupees, the motif of Sanchi stupa has been given backwards.

2. The note color of the note is kept bright yellow and the picture of Mahatma Gandhi is in the middle of the note.

3.In the note, many more designs, geometric patterns and a special type of color scheme have been used in the front and rear.

4. In the last part of the note there is a clean India logo and in which year the note has been printed, it will be printed in the left hand of the note.

5. The Finance Ministry in a notification said on Wednesday that in view of the recommendations of the Central Board of Directors of the Reserve Bank, the central government allows issuance of bank notes of 200 rupees