As we all know that India team is producing many good cricket players. Right from Sachin Tendulkar to Sarfaraz Khan and Prana Dhanawade. In any case, none of them had an effect as right on time as New Delhi’s four-year-old Shayan Jamal. One take a gander at Shayan and you’d ponder would he be able to try and hold a full bat, take off alone scoring runs

If you watch his practices and his cover drive, believe me, you will leave in surprise. Shayan Jamal, who was selected in the U-14 team in school level, played for his school tournament on 6th October, 2016.

Shayan Jamal’s father Arshad Jamal, who played club cricket in Delhi, sacrificed his job just for supporting his son. Arshad Jamal said,“Shayan’s cricketing sense is strong and he his hungry to play cricket. If I give him a break for a day or two, he begins to pester me, asking ‘why we’re not going for nets! His game is natural. I am just trying to mould him.”

His father Arshad Jamal further said,“He love to play every type of shots but his favourite shot is cover drive. He never missed any matches when India plays. He cried for the 1st time when India lost the game in semi-final in 2015-world cup and 2nd time is when RCB lost the IPL final against Sunrisers Hyderabad in 2016.”

“My family and friends think I am wasting my time on Shayan. But I feel God has sent him with exceptional talent. I can’t do injustice to him. I am confident God will show the way,” says the proud father.

Shayan Jamal played for his school team HPS against Khanpur in the school tournament. Khanpur won the toss and choosed to bat first. Shayan Jamal who came to bat at No.3, had scored 2 runs in 9 balls. No matter what he scored, just think that its not easy for 4-year old boy to play cricket with 14-year old boys.

Shayan won everyone’s heart when he goes for batting for No.3. Here are the pictures of Shayan Jamal during match.

When going for batting! 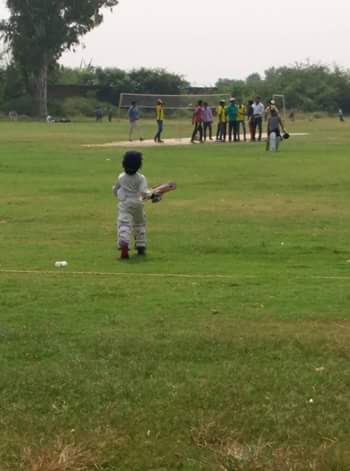 When going to crease to bat: 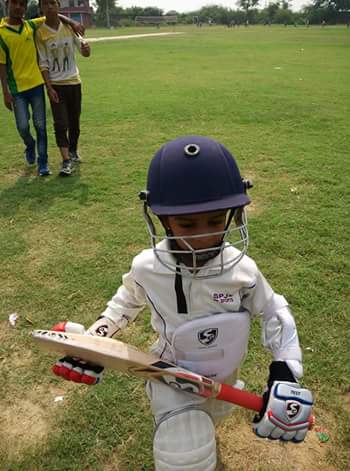 Clicked with opposition team mates after the 1st innings: 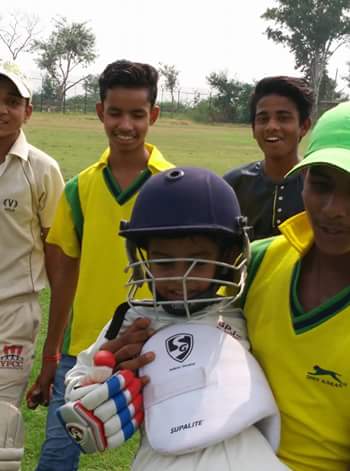 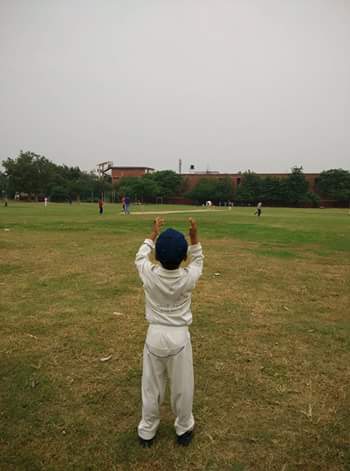 Scorecard of the match:

As he love to play cricket, he practices 4.30 PM to 7.30 PM at nets everyday. Here is the latest video of Shayan Jamal’s practicing at nets:- 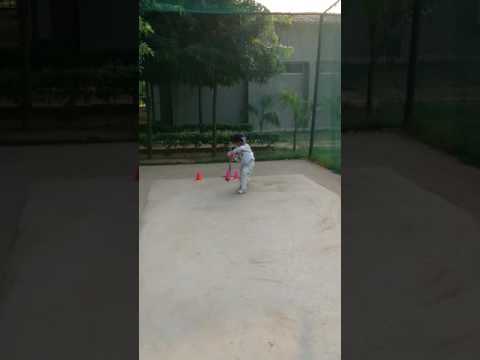