West Indies wins the U19 World Cup after beating India by 5 wickets. 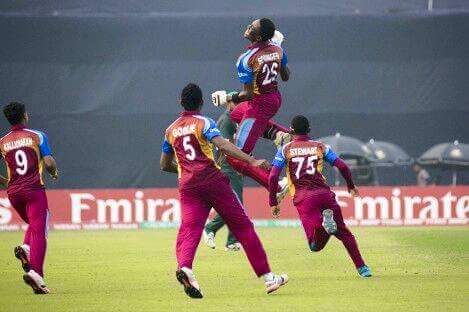 India’s captain Ishan Kishan, though, said that he wanted to bat first as well and hoped that the top order would thrash West Indies’ bowling attack.

Both sides were unchanged from their semi-final wins against Sri Lanka and Bangladesh respectively.

RR Pant and Ishan Kishan started their innings and Joseph dismissed both the Indian openers. At the moment, India were 51/5 and Sarfraz Khan showed his class as he scored 51 runs. He scored his 5th fifty in this World Cup tournament. Except Sarfraz Khan, Other Indian batsmans were fails to score runs against West Indies bowling attacks. India finished their innings with 145 runs in 45.1 overs.

West Indies started to chase the target, but Avesh Khan and Ahmed removes Pope and Imlach respectively. Shimron Hetmyer and KU Carty builded their partnership while KMA Paul scored excellent 40 runs. In the last over of the West Indies’ innings, WI need just 3 runs and they chased down the target with 3 ball to spare. West Indies wins the first U19 World Cup Title while India lost the 2nd final in the U19 World Cup.

Man of the Match winner KU Carty said,It was very enjoyable. Having a 22-hour flight to Bangladesh. We performed very well. It is a very good feeling. I told myself that I can’t leave the Under-19 World Cup without a landmark. We work together, we hope to take West Indies back on top where we were.

At the post-match presentation, India U19’s captain Ishan Kishan said,The bowlers bowled in the right areas. The fielding we were good in the beginning, but we dropped crucial catches. It was difficult to bat, but we were used to these conditions.