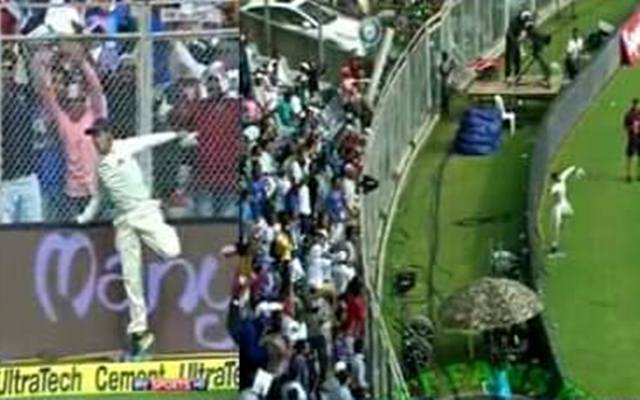 India is currently playing the first of the three One-day Internationals against New Zealand. The first ODI of the three match series is being played in Wankhede, Mumbai. The Indian skipper Virat Kohli won the toss and elected to bat first. But, they lost their openers early while batting first.

When the Indian team struggling after losing the openers, Kedar Jadhav got out on just 12 run. But, the Tamil Nadu player Dinesh Karthik added a good partnership of 70 runs with captain Virat Kohli. Dinesh Karthik played a good knock when India struggling.

The skipper Virat Kohli never ever fails when the other players fails to play good knock. In the 25th over, Virat Kohli hits a pull shot of Mills’ over. It was a half chance for Colin Munro who was standing in fine leg but the ball went over him. Then the 14-year old Mumbai boy took an one-handed catch and he caught everyone’s attention.

He instantly became a star as the camera firmly focused him on while the fans applauded him. In fact, even a member of New Zealand team was seen having a chat with him.