Steve Smith’s knock was the highlight of the match. But his catch to send BJ Watling was grabbed all eyes. New Zealand were at 140/3 in 24.2 overs. Mitchell Marsh was the bowler and bowled short and wide, the ball never ever deserved a wiket.

But, Watling smashed hard. Steve Smith’s left hand stunner from backward point got New Zealand captain out for 6. The ball adhered to his hands and Smith tumbled down in full movement. His face hit the turf hard yet that did not influence the decided captain as he clutched the ball. 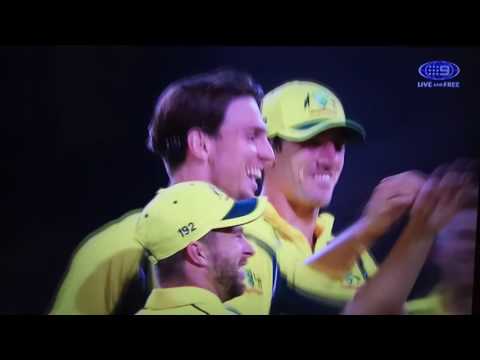