Irfan Pathan became the second Indian bowler to take hat-trick in test cricket on Jan 29, 2006. In the test match between India and Pakistan at Karachi, Pakistan batted first but they had no answers to Irfan’s swing. He picked a hat-trick wickets in the final three deliveries of the first over.

The first delivery was defended by opener Salman Butt and the next ball were left alone to the wicket-keeper, but, in the last three deliveries, he removed Pakistan’s top order – Salman Butt, Younis Khan and Mohammad Yousuf. Here is the video of Irfan Pathan’s hat-trick against Pakistan. Watch here:- 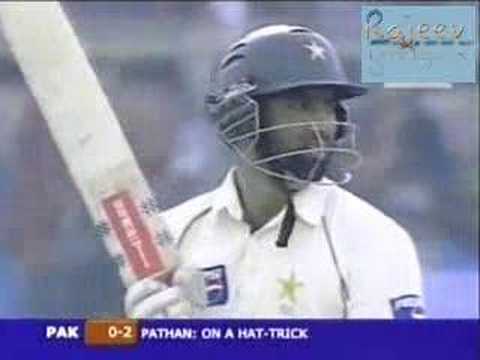