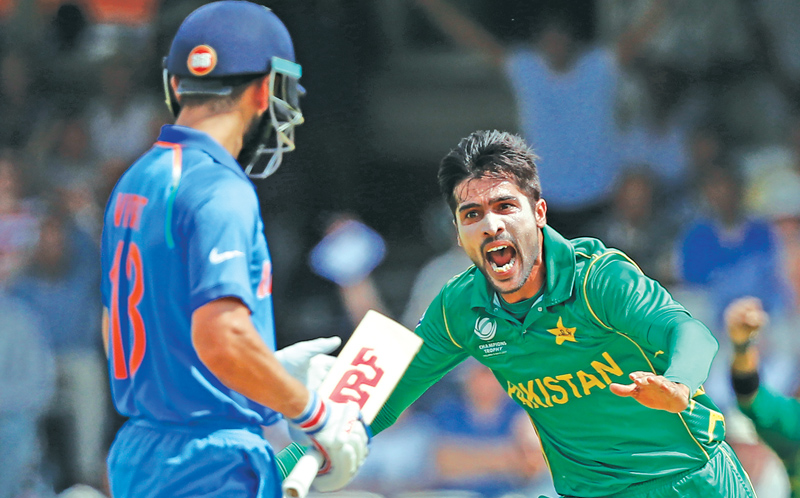 While Indian skipper Virat Kohli became one of the greatest batsman in the era, Pakistan bowler Mohammad Amir made a comeback to International cricket after facing a suspension for spot-fixing in 2010.

During a television chat with Bollywood superstar Aamir Khan, Virat Kohli revealed Mohammad Amir as greatest bowler he has faced in his career thus far. Both Virat Kohli and Mohammad Amir played their first head-to-head match during Asia Cup and since then Kohli praises Amir as best bowler.

Left-arm seamer played an important role against India to lift the first Champions Trophy title for Pakistan when he removed India’s Rohit Sharma, Shikhar Dhawan and Virat Kohli. After losing three big wickets, India were unable to fight back. When chasing a high total of 339, India lost the match by 180 runs.