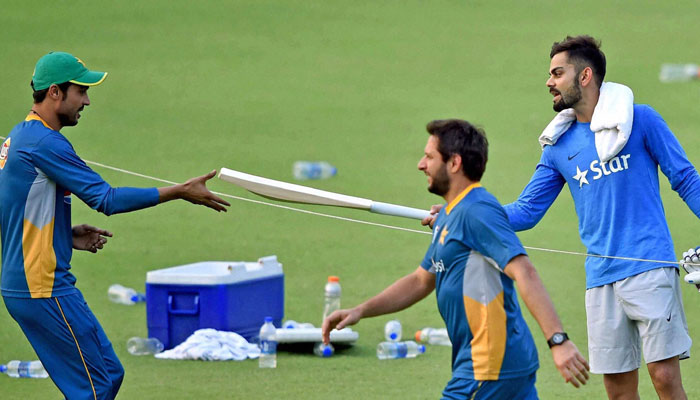 India will face Pakistan in a high voltage T20 World Cup at Eden Gardents in Kolkata on Saturday.

It was a great moment for cameraman as Virat Kohli gave a cricket bat to Mohammad Amir who accepted it and checked it by a stance and then thanked Virat Kohli.

Virat Kohli praised Mohammad Amir after his three wicket against India in the Asia Cup in Dhaka last month.

Virat Kohli was awarded as the Man of the Match and then he congratulated Amir while batting in that match.

Amir said,“I am thankful to Kohli for the bat and it has increased his respect.”