Virat Kohli Fan Entered Into Ground, Gets Detained By Police 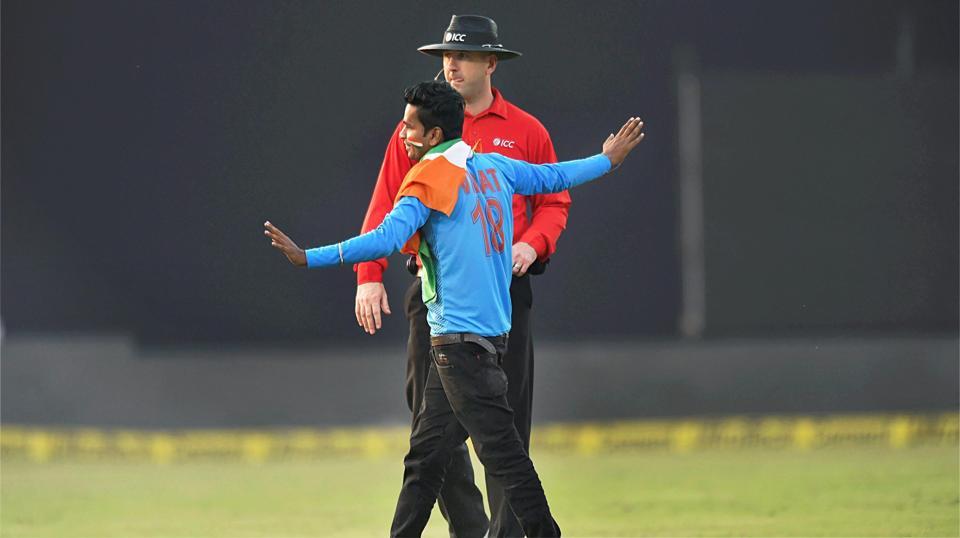 Virat Kohli’s fan jumped into the ground after Virat kohli took a single off Mitchell Santner in the 44th over of the innings. The fan wearing shirt bearing Kohli’s name and he started to running towards Kohli but however he stopped near the Leg-umpire.

After he jumped to into the ground, he caught the attention of all crowd. The fan has been reportedly detained by local police. 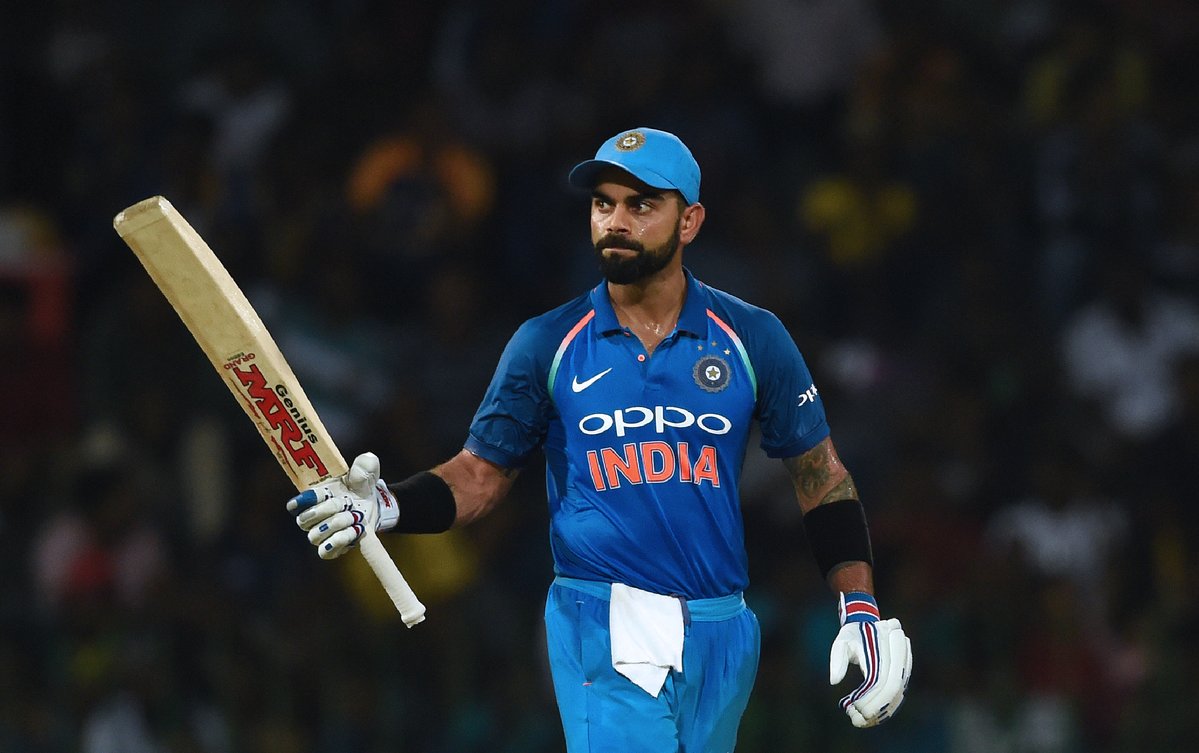 During the 3rd One-day match against New Zealand, the captain Virat Kohli reached the milestone of 9000 runs in his ODI career. He also scored his 32nd One-day International century.

With the help of Virat Kohli and Rohit Sharma’s century in the 3rd ODI, the hosts posted a huge target of 337 in the board. In reply, New Zealand gave a good start and went in winning path before losing some quick wickets during death overs.