Home » Video: Shikhar Dhawan falls to a bizarre ‘one shoe’

Video: Shikhar Dhawan falls to a bizarre ‘one shoe’ 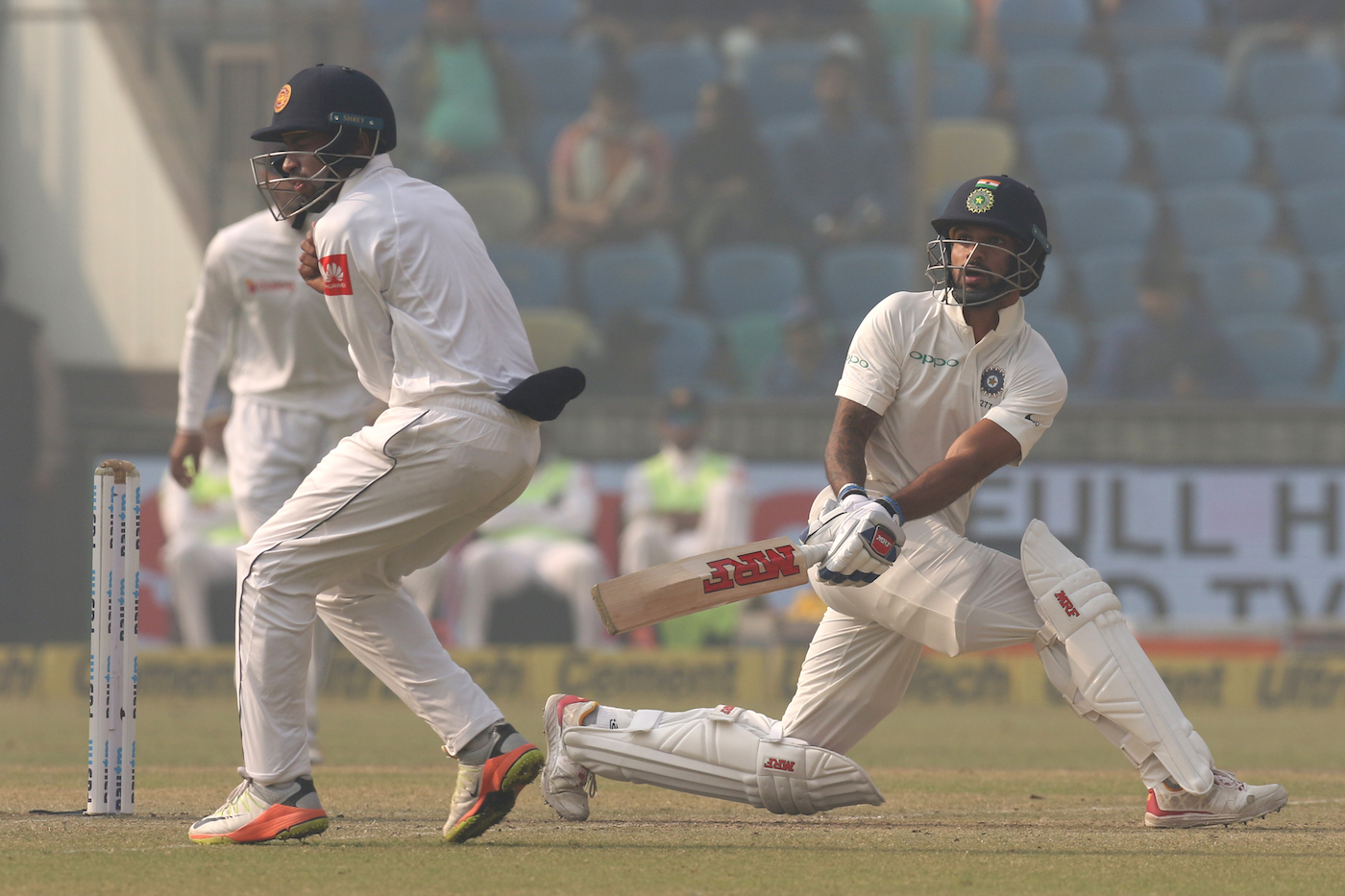 The fog in New Delhi makes difficult for the cricket players to see the ball. However, during the ongoing test between India and Sri Lanka, Sri Lanka’s Suranga Lakmal took the brilliant catch to dismiss talented left-hander Shikhar Dhawan.

Sri Lanka managed to draw the first test against India but they lost the second test match by an innings and 239 runs. After winning the toss in 3rd test, Indian captain Virat Kohli elected to bat first in New Delhi. Team mangement selected Murali Vijay and Shikhar Dhawan as openers for the 3rd test.

The delhi left-hander Shikhar Dhawan decided to kneel down and hit the sweep shot when he was on 23 off just 35 deliveries. But he did not contact well as the ball went to the deep backward square leg after taking the top edge of the bat.

The fast bowler Suranga Lakmal ran towards the ball from his fielding position. While he running to catch the ball, he lost his one shoe, however he took the catch without any problem. Watch the video here: