Top 8 Longest Sixes in IPL 2016: Its loves to hear “it’s a Yes Bank maximum” when the batsmen hits sixes in the IPL. IPL is all about scoring quick runs and hitting big sixes. Hitting big sixes becomes a habit for present cricketers. Over the years, we have seen a lot of sixes hit every year, some powerful and some beautifully timed. Here we take a look at Top 8 Longest Sixes in IPL 2016. 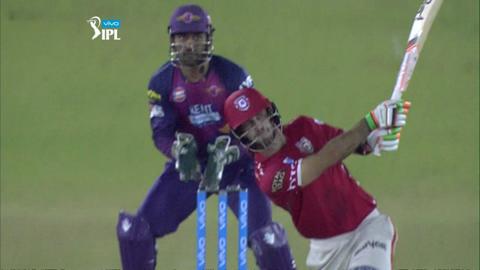 Glenn Maxwell known be a hard hitter in cricket. His form is temporary but hitting big sixes is permanent. Glenn Maxwell hits 108 metre six off R Ashwin, which is the 7th longest six in IPL 9.

Delhi Daredevils’ young wicket-keeper batsman Sanju Samson surprisingly came in this list. He smashed 108m six to the Harbhajan Singh in this IPL.

No.1 T20I All-rounder Shane Watson, who plays for Royal Challengers Bangalore, has hits one of the longest six in this IPL against Rising Pune Supergiants’ bowler Rajat Bhatia, which went for 108m.

Mumbai Indians’ batsman Ambati Rayudu is not a hard hitter like Maxwell and Watson, but he smashed a 108m six against Royal Challengers Bangalore which is currently 4rd biggest six in IPL 2016.

Once again RCB’s Shane Watson came in this list with another biggest six. He hits two biggest sixes against Rising Pune Supergiants, one of them is went for 109 metre. His 109m six is at third spot in this list.

Australian cricketer Ben Cutting played a little cameo for Sunrisers Hyderabad in the finals of IPL against Royal Challengers Bangalore. In the 19th over, his Australian fellow mate Shane Watson bowled a full-toss. Ben Cutting sent it out of the park which went for 117 metre. This is the longest six in IPL 2016.