Sansparelis Greenlands shortly know as SG is one of the most common brand that produce all objects required for Cricket. It is an Indian brand and known all over world. Its factory is in Meerut, Uttar Pradesh since 1950. They have the most prominent shape and its grip is more comfortable. Players playing in Ranji thropy most use SG bats. Sansapreils Greenlands sponserd legends like Sunil Gavaskar and Rahul Dravid. Currently the list of players that SG sponsorship are Suresh Raina, Buvaneshwar kumar,Hridik Padya,etc.

Gunn and Moore is a British based company founded by William Gunn an English Cricketer. This bats have edges which prevents inside edge and also to hit bigger shots. GM also have good absorbtion capability which makes batsman to swipe easily all around the ground. This brand produce many types of bats which mostlh ending with code DXM. They sponsorship cricketers like Kumar Sangakara, Robin Peterson, Cory Anderson, and much more. 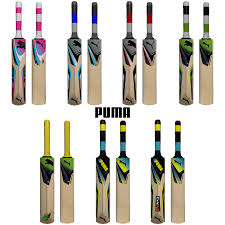 Puma is a very popular German sports brand which manufacture all kinds of sports product. Their poducts are most stylish one. Aslike its cricket bats have well versed desings and madeup of good quality wood which makes players to easily swing the bat. Puma may also known as big hitting bat as most of the big hitters like Adam Gilchrist, Yuvraj singh and Brendon McCullum uses Puma. 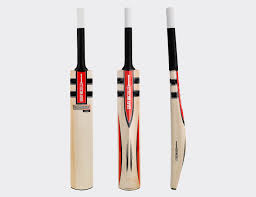 Gray Nicolls is another English brand which is most popular in Test Cricket. This bat is madeup of latest technology and finishes are hand made so they are more innovatie then other bats. Aslike other bats its aslo of light weight which is easy to carry for batsman. Gray Nicolls was endorsed by most of the Australian bastman like George Bailey, David warner, Shaun Marsh and many more.

Adidas, the brand that every aspiring Cricketers love. Adidas is also an German based brand which is a brother concerned brand of Puma. Adida well know for its quality sports equipment in all sports. Master blaster “ Sachin Tendlukar” advertised Adidas it’s the bat which he used when he scored 200 in ODI. They are designed to play with full power and to play variety of shots.Adidas is currently spornsering Kevin Peterson, Lokesh Rahul, Safarz khan, etc.