T20I matches can be pretty close, as the teams give tough competition to each other. This is the reason why T20 format earning more fans. But in few matches, Some teams has given fantastic performances while opposition has been fully outplayed. Here are the 5 Largest margins of victory in T20Is. Check out!

Afghanistan batted first and scored 162 runs in 20 overs with the contributions of Shahzad & Stanikzai and Shenwari finished their innings with the help of his 14 ball 39. Kenya bundled out for just 56, the lowest ever T20I total at the time. Afghanistan won the match by 106 runs.

Zimbabwe scored 184/5 in 20 overs with the help of Masakadza’s fantastic knock of 79 off 52 deliveries and Chibhabha’s 40 off 35 deliveries. Chasing a big total, Zimbabwe bowlers never allowed to settle a Canada batsmans as they got all out for just 75 runs. Zimbabwe won by a huge margin of 109 runs.

In 2012 T20 World Cup, England posted a massive total of 196/5 on the board against Afghanistan with Luke Wright’s unbeaten 99 from 55 balls. Afghanistan bundled out for 80 runs as England won by 116 runs. 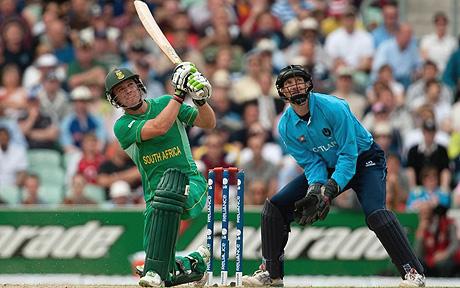 South Africa batted first and posted a huge total of 211/5, after a good start by Graeme Smith and Jacques Kallis. AB De Villiers smashed 79 runs off 34 balls. Chasing a massive 212, Scotland bundled out for 81 runs. South Africa won by a dominating 130 runs.

Sri Lanka batted first and Sanath Jayasuriya’s 88 runs in 44 balls & Jayawardene’s majestic 65 in just 27 balls helps his team to reach the highest T20I total till date – 260 for 6 in 20 overs. Chaminda Vaas and Lasith Malinga thrashed the Kenya batsmans as they scored only 88 runs. Sri Lanka won by 172 runs which is the biggest victory by runs margin in a T20 Internationals.