Home » Top 5 Greatest Captains of all the time

Top 5 Greatest Captains of all the time

Its not a easy job to led a nation, a captain must be well vanished in every aspect of the game. We have seen lots of leadership in Cricket each of different mentality some be aggressive some goes calm, but the actual motive is to win the game for their team. Amongs those 100s of captain in cricket histroy we have picked top 5 captains who really made everything for their team.

In 2007 WC after getting knocked out in group stage, critics were ahead of Rahul Dravid and he stepped down from Captainship. BCCI after deep discussion made MS Dhoni as new captain, this made a great revolution in Indian Cricket. MS Dhoni won the first every T20 WC and later he also made ODI WC in 2011 for India. His calmness and cool attitude always makes way for clear idea in the pitch. Under his captaincy, India won the 2008 tri series in Australia, Asia Cup 2010, ICC world cup 2011, Champions trophy 2013 and also became the number one test team.

Ricky is the most successful captain of his decade. After  Steve Waugh step down from Odis in 2002, Ricky took the leadership and the greatest thing is he made Australia won 2003 WC just a year after being named as captain. Ricky Ponting is agressive on field but never missed his class.Aussies ruled the world of cricket under Ricky Ponting period. His historic victory include ICC world cups in 2003 and 2007, ICC champion’s trophy in 2006 and 2009 and 5-0 Ashes whitewash in 2006-07. Under his captaincy, Aussies won in almost every part of the world in both test matches and one day internationals. He led the team till the 2011 world, then he retired.

Imran Khan took over the captaincy in 1982. He was the heart throb of the sub continent and the captaincy only made Pakistan to withstand in the world cricket. Until his entry Paksitan was just playing for draw in test matches, but he made ensure there should not be any more draw. He was someone who could identify the talent, nurture it, groom it and eventually convert it into a superstar like Wasim Akram, Waqar Younis, Inzamam ul Haq and Saeed Anwar. Imarn Khan was the first captain to demand for an neutral umpire in a home series against West Indies, who were on the peak during that time. He was the first Pakistani captain to defeat India in India in 1987. The real highlight of his captaincy was winning the world cup in Australia in 1992 against all the odds. 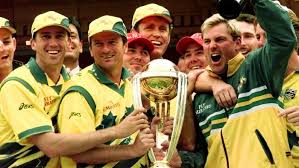 Australia was under pressure and critics during that time, while everyone were demanding for a good captain Australian cricket board named Steve Waugh. From then Aussies ruled Cricket, when Australia had an tough begining during 1999, he stood frim and at the end he came to be victorious. Under his captaincy, Kangaroos won 41 out of 57 tests and these figures make him the best captain in test history in terms of win percentage.

Clive Lloy, most successful captain of West Indies. During his period West Indies had all great players who can win a match single handedly, this is probably the reason that Clive Lloyd’s captaincy is probably undermined and it is said that any man could have lead that juggernaut. During his captaincy West Indies bragged the first two world cups and were very close to winning the hattrick successive cup. As a captain his win percentage is 77 in one day internationals.