It’s never an easy task to play for Indian team.  India with around 7 billion people on its land has produced many quality players for Indian Cricket team, there are also many players who’s talent was not brought to the spotlight and they ended up by being only star of Domestic seasons.  This list is about top 5 Cricketers who never played for India.

Amol Muzumdar is a right hand batsman who has the record of scoring highest runs on his debut match,  260 in a Ranji match. While Sachin Tendulkar and Vinod Kambli’s scored record patnership of 664 for Shardashram school, Muzumdar is the man who was bench with his pads on.  He had also been the Vice captain of Indian A side in which Savrouv Ganguly and Rahul Dravid made their debut. Amol Muzumdar has scored 11,167 runs with an average of 48.13 which includes 30 100’s and 60 50’s. However, Muzumdar record in Domestic matches goes vein. 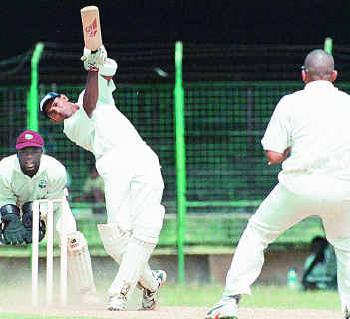 Goud made his debut for Karnataka in 1994 and later he turned towards Railway. He is considered as Rahul Dravid of Railway team. He won 2001-2002 and 2005-05 Ranji season far Railways and then again went back to him home side, Karnataka. He captained Karantaka in 2006. Goud has scored 7,650 runs in 134 matches with an average of 45.53. His top score in Ranji trophy is 221, Yere Goud is another man who failed to Showcast for Indian side.

Padmakar Shivalkar made his debut in 1964 for Bombay (Mumbai). Padamakar was a slow arm orthodax bowler who had magical fingers that could turn the ball among any conditions. His carrier best is 8 for 6 against Tamil nadu. He played 24 years for Bombay and was the highest wicket taker of all time with 589 wickets in his name.  During his era there were also other magical spinners like Bedi, Venkataraghavan and Prassana. Its a surprise to see how Indian selectors could forgot his name for Indian side.

Rajinde Goel, slow left arm bolwer from Haryana  is other whoes talent gone vein, Goel made his debut in 1958 and had played 157 matches and took 750 wickets with an economy of 2.10. He had taken 10 wickets in 18 matches and 5 wickets in 59 matches. Though he had featured in an unofficial test against Sri Lanka he could not turn up for Indian test sqaud later. He is absolutely one of the under rated player which India missed. 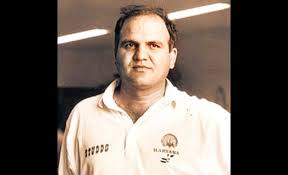 Amarjeet Kaypee the Big show of First class Cricket. He had scored 7623 runs in Ranji trophy with 27 tons and an average of 52.27. He is the only Indian Cricketer to score 150 puls runs two innigns of the same match. Kaypee, Unfortunately born in the ear in which legends like Sachin Tendulkar, Muhammed Azharuddin ruled Indian Cricket. He is the best example to show that just talents are not enought to get spot light and luck is also a major need which could rewrite of fate.