Top 5 Cricket teams with largest fan base on Social media

Cricket is always been an great sport all over the world ,though its not an Olympic game it has been played all most in many countries. It is the second sport after Football to have largest Fan craze. Here is the top 5 teams with largest fan base in social media

South African Cricket team were not allowed to play Cricket in the beginning and were given chance only in late 90’s . Porteas yet to win a ICC title they were the most unluckiest team in Cricket. Having many star players like ABD, Styne,Miller they have not reached the peak and mount any Champions title till now. South Africa has 3.7m fans on Facebook, 701k followers on Twitter and 145k followers on Instagram. 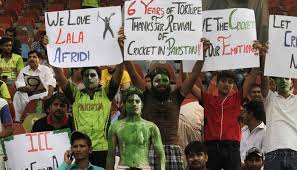 The team which is a minnow now in ODI . They have been ranked 9th in ODI , 3rd in Test and 7th in T20. Green army have clinched ODI Champions title in 1992 and T20 title in 2009. Pakistan is currently having third largest fan base on social media with  5.9 million fans on Facebook, 266k followers on Twitter and over 103k followers on Instagram. 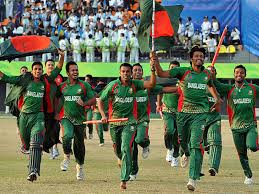 The Bangla tigers played their first match in International cricket against Pakistan in 1986 in the Asia cup. Bangladesh is currently emerging as a great Cricket playing nation they trashed India, Paksitan, South Africa in a home series and England in world cup and qualified for quarter-finals. They were the runners up in 2012 and 2016 Asia cup. Bangladesh has 9 million fans in Facebook,757k followers on Twitter and 166k followers on Instagram. Bangladesh is in second place with a total of 10m fans on social media.

Team India is in the top on the list with 29m fans on social media which is never an surprising one. Indians rules the social media which everyone knows. The Indian cricket team has over 25 million fans on Facebook, over 2.5 million followers on Twitter and 1.2 million followers on Instagram. None of the team’s fans could match the craze which Indian fans have on Cricket. India is the first T20 champions and they also won 2011 world cup and reached Semi finals in 2015 world cup