Top 5 Batsmen With Most Sixes in an Innings in IPL 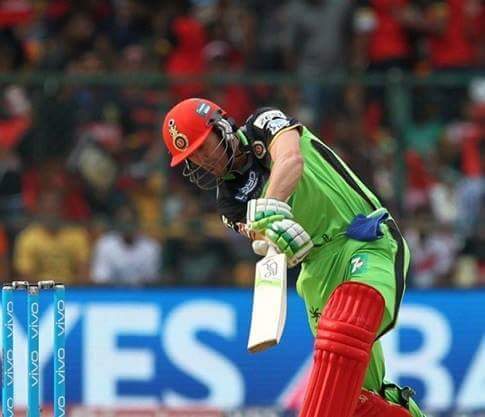 Royal Challengers Bangalore’s destructive batsman AB De Villiers has smashed 12 sixes in an innings when he scored 129* off just 52 balls against Gujarat Lions in IPL 9. He played at a strike-rate of 248.

Royal Challengers Bangalore’s entertainer Chris Gayle has scored 117 in 57 balls including 12 Maximums and 7 fours against Kings XI Punjab at Chinnaswamy Stadium in IPL 8.

Once again, RCB’s destructive batsman Chris Gayle came in this list with 13 Sixes. In that match, he scored 128* from 62 deliveries at a strike-rate of 206.45 against Delhi Daredevils at Feroz Shah Kotla in 2012.

Brendon McCullum, one of the most loved and entertaining player in Cricket, has scored 158* for Kolkata Knight Riders against Royal Challengers Bangalore at Chinnaswamy Stadium in the first match of the inaugural edition of the IPL.

Chris Gayle at the top in this list with 17 sixes in an innings. He has smashed that sixes when he scored 175* runs off 66 balls with a thundering strike-rate of 265.15 against Pune Warriors India at their home ground in IPL 7.