Home » Top 5 batsmen with most ducks in T20 World Cup

Top 5 batsmen with most ducks in T20 World Cup

Top 5 batsmen with most ducks in T20 World Cup : T20 International Cricket, probably the most exciting format of the game. It is the format which is turning out to be a batters game. Bowlers have been playing similar role in this format. In this format, only batsmans dominating the game, but most of the times bowlers giving tough to batsmans to score his first run. Sometimes, bowlers bowled the batsmans for duck in the T20I match. Sometimes, ducks are heartbreaking for the batsmen, they upset their fans. Here are the batsmans who has more ducks in T20 International Cricket. Check out:

India’s left arm pace bowler Ashish Nehra has played from 2010 T20 World Cup. He failed to find his place in Team India’s squad after 2011 World Cup, then he made a comeback against Australia this january after his brilliant performance in last two IPL seasons. He played just 6 innings and has 3 ducks to his name. Till this date, he didnt scored a single runs in this global event.

England’s right handed batsman Luke Wright, who scored 99* in this event, has 4 ducks to his name in this event. Wright plays in the middle order most of the times. He is a technically sound batsman but does not use the defensive option very often. He generally comes to bat during the death overs. 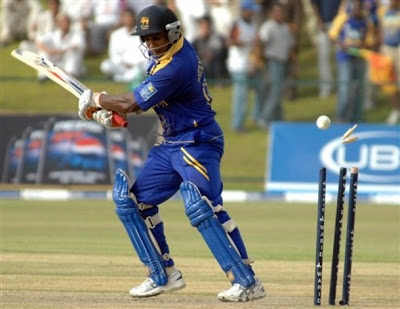 Sri Lanka’s dashing opener Sanath Jayasuriya smashed many world class bowlers and he was the most dangerous batsman at his time. He has 4 ducks to his name in this T20 World Cup event. His best score in this tournament is 88 and strike-rate is 121.40.

TM Dilshan known to be a hard hitter and played as a role of aggressive opener for Sri Lanka team. He is not only the batsman, also the best part-time spinner. He has played 31 matches in this event and got out on a duck for 5 times which is most by any Sri Lankan batsmen.

He is the dangerous hard hitter when it comes to T20 format. He is known as ‘BOOM BOOM’ for his big hitting abilities. Shahid Afridi has won many matches for his team with his destructive batting. But, at the same time, he is very careless from the very first ball which leads to his dismissal. Afridi has played 31 matches and 5 times gone for a duck in this global event.