Every Player is a valuable asset to a team in his own way. There are many players in the team who live under the star players when they start their cricket career, but their contribution is important to the team.

Some teams have a tendency to make plans for star players but they forget to focus on new players, which is the big mistake in a big tournament like Asia Cup. The Asia Cup starts on February 24 in Bangladesh, some young players will play their first International T20I match in the Asia Cup 2016 Tournament. It is their chance to prove who they are. Check out the Top 5 Players to Watch Out in Asia Cup 2016.

One among the many Pakistani pacers with good pace and a nippy action, Wahab Riaz came into the reckoning in 2008 when he was selected in the ODI squads to play against Zimbabwe and Bangladesh. Nowadays, Pakistan bowling line-up is nothing without Wahab Riaz. He will be the match-winner for Pakistan team with his pace and length in the Asia Cup 2016.

Rangana Herath, who thrashing the oppositions with his spin bowling attack for past 6 years since Muttiah Muralitharan’s retirement. He played only 9 T20 Internationals and he took 12 wickets with a best figure of 5/3. Hope He will be the star player for his team in Asia Cup 2016.

Ravichandran Ashwin has been in terrific form in bowling. During 3rd T20I against Sri Lanka, Ashwin’s 4 for 8 was the best figures for an Indian in T20Is, beating his own 4 for 11. He will lead the spin attack with his partners Jadeja and new man Pawan Negi in the Asia Cup tournament 2016.

Kasun Rajitha shocked all the Indians by picking Rohit Sharma and Ajinkya Rahane in his very first over. In 17 T20s, he picked up 34 Wickets with an impressive economy of 13.55. His pace length and variation can make him a key player for Sri Lanka in the Asia Cup.

We know that, Suresh Raina is the dangerous batsman when it comes to T20 format. Recently, he won the Syed Ali Mushtaq T20 trophy for Uttar Pradesh and Played the match winning knock against Australia in the 3rd T20. He is the one who can perform with both bat and ball. It will be interested to watch Raina’s shots in the Asia Cup.

The Pakistan all-rounder has been around for the longest time and this year’s Asia Cup will be Afridi’s penultimate international tournament. Afridi has the swashbuckling batting ability to take the match away from the opposition. And if he gets going, the people sitting in the crowd better look for cover. 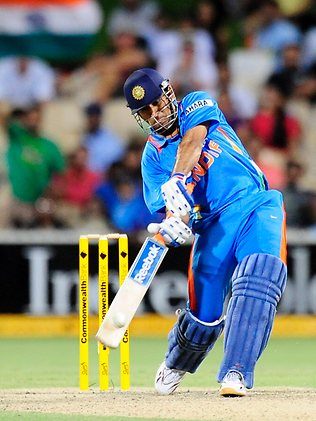 The Captain Cool of cricket Ms Dhoni likely to retire from ODI and T20I after T20 World Cup. So, he is in hungry to win the Twenty20 World Cup for India. He also won the trophies for India – T20 World Cup, 50 Over World Cup and Champions Trophy. In the next season of IPL, he will play for Pune Super Gaints. In the death overs, bowlers are afraid to bowl to Ms Dhoni, cause he is dangerous batsman in the last 10 overs. It is treat to watch Ms Dhoni’s batting in Asia Cup.

Mustafizur Rahman has been in prime form since making his international debut against Pakistan in April last year. He has become an integral member of an increasingly confident Bangladesh side. It will be interested to watch his line and variations in the upcoming Asia Cup against the some best batsmans in the world.

Yuvraj, the Man of the Series during India’s World Cup win in 2011, was included on the back of strong performances in the Vijay Hazare Trophy. His last over Six against Australia in the 3rd T20I was the match-changing shot. He is the only one who smashed 6 sixes in a over. He will be the key player for India in the upcoming Asia Cup and the Twenty20 World Cup.

The Indian Test Captain Virat Kohli has been terrific form in the T20 format. India’s No.3 batsman in all formats, he scored 3 consecutive fifties against Australia in Australia. He is desperate to win the World Cup this year and the Asia Cup provides the ideal springboard for Virat Kohli. It is treat to watch Virat Kohli’s batting against some top class bowlers in the Asia Cup. He will be the star player for Team India in the upcoming Asia Cup and T20 World Cup.