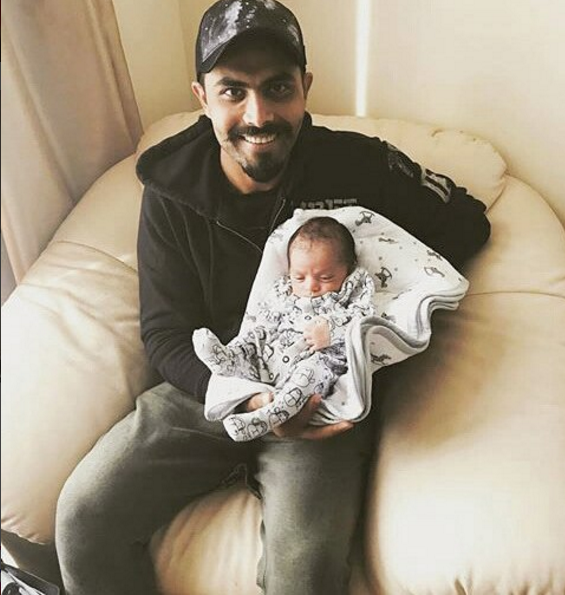 Ravindra Jadeja, who became a father of new-born daughter, named his princess ‘Nidhyana’ which is a quite unique and never heard before name. Jadeja will play the semi-final match against Bangladesh on June 14.

Jadeja tweeted,”We have named our bundle of joy and little princess “Nidhyana”. He and his little cute daughter were looking adorable in the pic which he uploaded.

Currently, Jadeja is busy with the Indian Cricket Team. Team India reached semi-final in the Champions Trophy 2017. They will face Bangladesh in the semi-final. Jadeja’s new daughter will give him luck to get back his form.

Jadeja did not get oppurtunity to bat in the ongoing Champions Trophy. In 3 matches, he took just 3 wickets but bowls with good economy. He is improving his batting techniques, so he will finish the game when he gets oppurtunity to bat.