Gujarat Lions, the new franchise of Indian Premier League which is going to lead by Suresh Raina. The Rajkot IPL team which acquired by Intex now officially named as The Gujarat Lions and the official logo of the team has been launched. Formar Australian batsman Brad Hodge appointed as new coach for the team. Check out below for Gujarat Lions logo and launch event details. 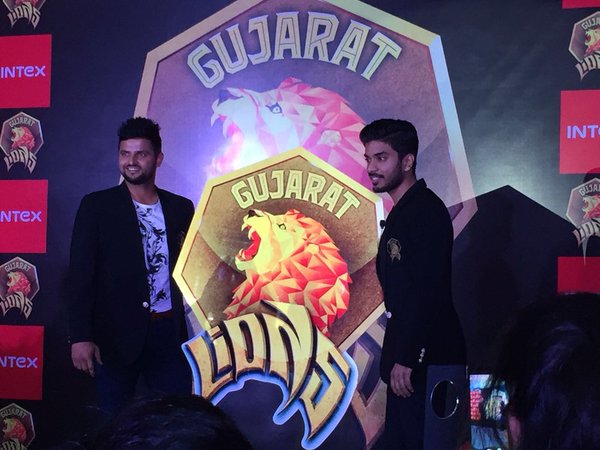 Suresh Raina, The leading run scorer of Indian Premier League is now appointed as Skipper of Gujarat Lions team. From the IPL bid which happened last month Suresh raina and other four players has been auctioned by Rajkot team. Here are the Gujarat Team players details.

The Gujarat Lions Logo for IPL 2016

During the name and logo launch event Skipper Suresh Raina says, “I urge everyone to support Gujarat Lions, the first IPL team from the region,” He, however, didn’t forget his skipper at CSK – MS Dhoni – during the unveiling and was all in awe of his captain at the club and national level. “I played [at CSK] with the greatest captain and came out as a better player.”

The IPL auction for season 9 to be held on February 6th and full Gujarat team will be reveal on that day. Indian Premier League 2016 scheduled for May 2016 after ICC T20 World Cup 2016 which also going to happen in India. Check out this space for recent updates and Gujarat Lions team players details.