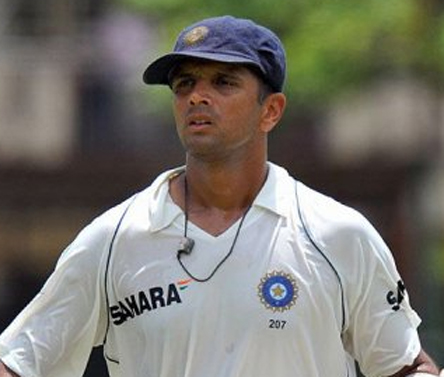 Former Indian technical batsman, Rahul Dravid revealed the names of Glenn Mcgrath and Muttiah Muralitharan as the toughest bowlers that he had faced during his career.

While Dravid interacting with his followers during Q/A session on Facebook, he said,“As far as fast bowler is concerned, Glenn McGrath was the toughest I have faced, I have played him at the peak of his career and he was truly a great bowler. When he was bowling well it was very difficult to judge your off stump.”

He added, “He kept challenging you, kept testing you just around that off stump. He was a very aggressive bowler irrespective of whether he was bowling his first or second over or the 25th over, he was always at you, probing and asking questions.”

When a fan asked about the slow bowlers, he named Sri Lanka’s spin wizard Muttiah Muralitharan as the toughest spinner that he had face in his career.

“Muttiah Muralitharan was the best I have played against. Murali was an extremely skill-full bowler, he could spin the ball both ways, not by little bit but by a long way. It was very difficult to pick and read. He had great consistency and control,” he added.