Cricket is a game of respect and prestige and is played in that manner all around the world. The gentleman’s game, as it is called, has been made into a thing of celebration and festivity. Cricket has excellent fans worldwide, and the madness does not seem to stop, even in late 2022.

Cricket has also spread its domain and increased its presence in the online world tenfold. You can play fantasy cricket online on an app where you get the opportunity to create your team and choose the best players from around the world by getting detailed information on their performance. The app gives you daily updates of all cricket matches around the world and core statistics of players, making it a valuable source of information and entertainment.

Let’s check out some of the most prestigious international cricket events that pull players and fans worldwide to celebrate this great game. 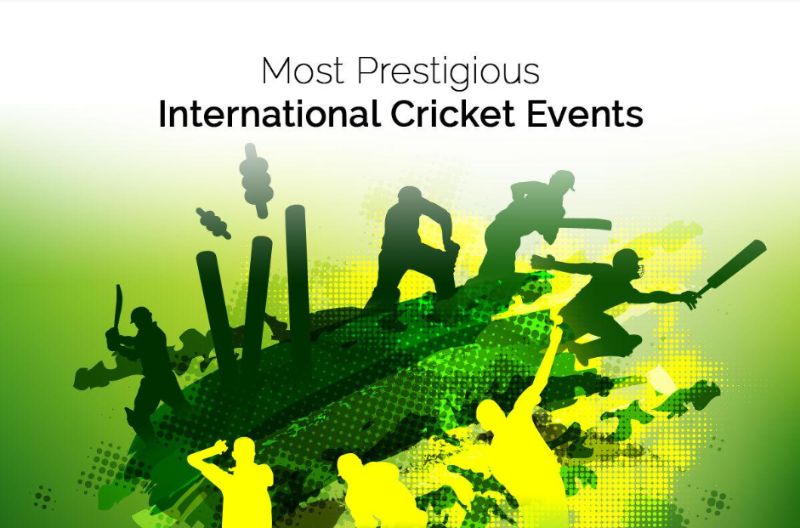 Undoubtedly, this is one of the world’s most famous and well-respected cricket tournaments. All you have to do to understand this is see the global craze rise before the world cup. The tournament is held every four years; therefore, it is not hard to conceive that it is the best because of the rising anticipation of what will happen and how teams will play in the finals and represent their nation after such a long gap.

Ever since its establishment in 1975, it has seen many winners and glamorous gameplays that have drastically affected the lives of people around the world. The world cup is one of the most motivational formats of cricket and makes every nation stand as one and presents the players as sheer warriors defending their ground.

The competition has four stages: the Super 8, 6, and heading over to the semi-finals and finals.

This tournament was established in 2000 and has been one of history’s most widely viewed cricketing events. The administrative cricket board of England inaugurated the tournament in the said year, and since then, it has been going quite strong.

The format of the game is based around a One Day International, and all the top international teams get to participate in it. Each team in the series gets to battle the other twice, and the final is played between the top two teams with the most points on the board.

This event has some of the most celebrated international cricketers from around every country globally. Every match in this tournament is filled with entertainment to the brim, and if you are visiting the stadiums, you are in for a treat of your lifetime. The most prestigious incident was in 2004 when India won the trophy after defeating England with a massive score of 324 runs.

The name tells the story of the cup, and all the international teams associated with it are from Asia, Pakistan, Sri Lanka, India, Bangladesh, and UAE. It stands as one of the most favored cricketing tournaments since its inauguration in 1984 and has been played both in regular one-day international and T20 styles.

This game is organized by the Asia Cricket Council and is the largest cricket tournament held in Asia. This tournament has some long-standing rivalries, and due to the neighboring nations sharing various interests and varied histories, they have political clashes, too, at times. Since its birth, the tournament has been postponed twice due to political tensions between some nations that have forced the rescheduling of games. Owing to all the above factors, winning the Asia Cup is prestigious for the nations. It elevates the stature of the winning country to a higher ground than its contemporaries in the continent.

The CommonWealth bank series is the oldest cricket tournament on the planet. It had undergone many changes in naming and was called the Benson and Hedges World Series, VB series, and presently the CB series. The series is mainly held during the winter, in December, and through January and February and is orchestrated by the Australian cricket department.

Staggering enough, Australia, the superpower of cricket, has won this tournament over 19 times in the 33 tournaments. All matches in this tournament are electrifying, and fans get a good deal of entertainment each time this series is held. The teams participating in this series are popular and robust; therefore, the trophy is reserved only for the well-deserving players of the game.

This one-day international-based tournament started in 1998 and is among the top 10 cricket events. The tournament’s trophy weighs almost 7.5 kgs, so you can only see the weight of responsibilities players have to take when trying to grab this one for their country.

Jokes aside, the new T20-based tournament was played in India in 2011, and India won the cup that year, making quite a big statement to the world. Since its establishment in 1998, India and Australia have been the top players in this tournament and have delivered what the fans want each time they have stepped onto the crease

The cricket world is filled to the brim with many tournaments and events that circle the entirety of the year and keep the fans engaged. The sport, much like others, is a game of respect and camaraderie and demands genuine commitment from its players. Fans love these events, and it becomes a time for families to come together and celebrate on the grounds or at home. International events also make people support their nation in unison which bonds the ties of relationship between people in times of rejoicing and struggle.