Home » Irfan Pathan will get married in this February

Irfan Pathan will get married in this February

Another Indian Cricketer is ready to tie the knot in future. Irfan Pathan is going to marry in this February. His marriage partner name is Safa as per the sources. 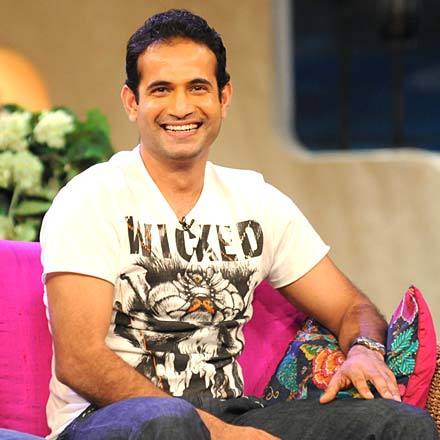 Recently Irfan Pathan said, “The news of me getting married in February is true. Beyond that, I don’t want to say much on this and will issue a small statement in a few days.”

“The wedding preparations are on in full swing and the family has already ordered a diamond necklace for Irfan’s bride and for his sister, apart from other jewellery from a reputed jeweller in Surat who had provided jewellery for Yusuf’s wedding too. If not in the first week of February, the wedding should take place in the second week.” Irfan Pathan added.

Irfan Pathan said,“2016 will be an exciting year for me, both professionally and personally. Ghar pe agar ek bete ki Shaadi ho jaaye, toh doosre pe thoda pressure toh hota hi hai. But my family is very relaxed about it and they don’t put any unnecessary pressure on me. The world will know when I decide to tie the knot.”

Irfan Pathan made his debut in 2003 and showed good all-rounder performance. Injuries spoiled his cricket career. He didn’t play International cricket since 2012. Recently he performed brilliantly as a All-rounder in the Syed Mushtaq Ali Trophy 2015-16. He was the highest wicket taker in that tournament.

His elder broher Yusuf Pathan got married in 2013, and now he is the father of one baby boy.

In 2016, Irfan is very close to joining with engaged or married cricketers in 2015. They are Suresh Raina, Harbhajan Singh, Dinesh Karthik, Rohit Sharma, Mohit Sharma, Yuvraj Singh and Robin Uthappa.