Home » Indian players with century in all formats of Cricket

Indian players with century in all formats of Cricket

India has produced tons of Cricket players, but surprisingly only 3 batsmen have scored Centuries in all three formats of cricket. ie, ODI, Test, T20 . Though its never an easy task to score a century in T20 the following three batsmen have scored that in a ease manner. 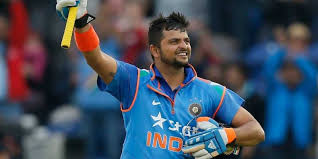 Suresh Rain is the first Indain player to score century in all three formats. Raina made his debut in the Second Test at the Sinhalese Sports Club Ground in Colombo Raina went on to reach a century (120). In ODI, On 25 June 2008, he scored his maiden hundred against Hong Kong during the 2008 Asia Cup in just 66 balls. In T20, he made 101 from 60 balls with five sixes and nine fours in the 2010 ICC World Twenty20 against South Africa on 2 May 2010.

Rohit sharma man with Two double tons in ODI is the other player to score century in all formats. Rohit sharma first scored century in ODI, it came against Zimbabwe where he scored 114 runs. On November 7 2013, he scored 177 against West Indies and registered his first century in Test cricket. Later on 2nd October 2015, while India is taking up against South africa, Rohit with his brilliance scored 106 runs with this he joined with Raina for scoring century  in all three formats of Cricket.

KL Rahul joined this elite culb recently after scoring an unbeaten 110* against West Indies. He became a 3rd Indian player to score hundred in all three formats of cricket. KL Rahul given hopes to Indian team fans by smashing 4s and 6s everywhere. But, When needed 2 runs in last 1 ball, DJ Bravo bowled a brilliant slow ball to Ms Dhoni. West Indies might won the match, but KL Rahul won the selector’s heart.