ICC T20 World Cup 2016 India Squad: The Board Of Control For Cricket In India (BBCI) has announced the team india squad for world cup 2016 and upcoming Asia cup. The 15 players list officially released by BCCI selector head Sandeep Patil. The meeting held at New Delhi on 5th February, 2016 and the panel revealed players name to press. CHeck out below for Team India Squad for ICC T20 World Cup 2016 has Announced: 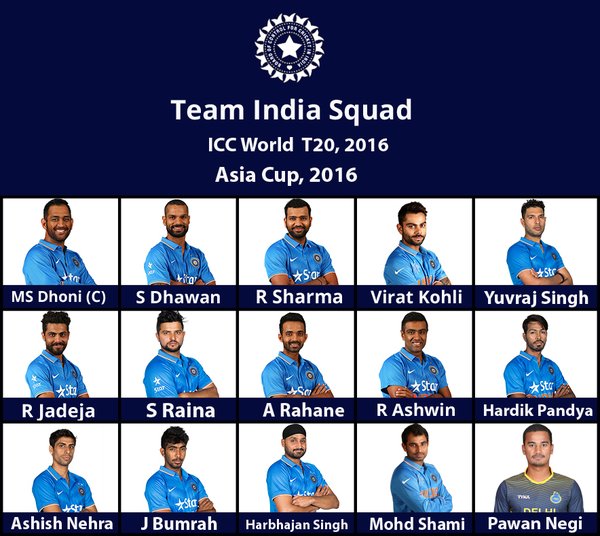 India would play a three-game T20 series at home against Sri Lanka from February 9, ahead of the multi-nation T20 events. The Asia Cup is slated to be held from February 24 to March 6, after a four-team qualifying event to spot one qualifier for the tournament proper from February 19-22.