Home » EA Sports to return with next edition in 2019

EA Sports to return with next edition in 2019 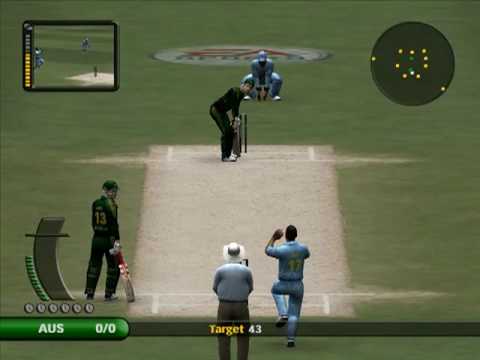 Those were the days when we spend more times to play EA Sports 07 using Keyboard or Joystick. Some peoples play this game even now. The application powered by stellar graphics was feast for eyes.

Happiness is when u came to know that the all-time favourite game ‘EA Sports’ is all set to make a comeback in 2019. The previous edition of EA Sports Cricket became blockbuster among millions of cricket fans.

The motive of the EA Sports team is to release the next edition of game across the world in 2019. For that, they will have to take permission from two important boards – International Cricket Council (ICC) and Board of Control for Cricket in India (BCCI).

As per EA Sports, “Yes, the board is currently contemplating on how to move forward with the cricket game. We did a market study and realised that close to 15 million people still play the game, even after we stopped producing in 2007. Hence, it only makes sense for us to acknowledge a strong potential there. We are also aware that there are hardly any competitors within this market. But, our primary objective if the game comes out in 2019, will be to acquire ICC and BCCI rights for the players.”

“It’s no secret that India will be our primary sector of sales, and this time if we do venture back into the market, it will be with player rights. Our representatives have already had meetings with BCCI members, let’s see how talks progress.”

“Andrew (Wilson) strongly believes that the governing body in the sub-continent have to be supportive of the game. Hence, we are currently attempting to figure that out.”

“The game will be distinctly different from the previous editions, and will include a narrative similar to The Journey, where a budding player will begin his career in a country of his choice. All domestic competitions including Big Bash, Indian Premier League (IPL) will also be included.”