Home » Chanderpaul retires from all forms of cricket 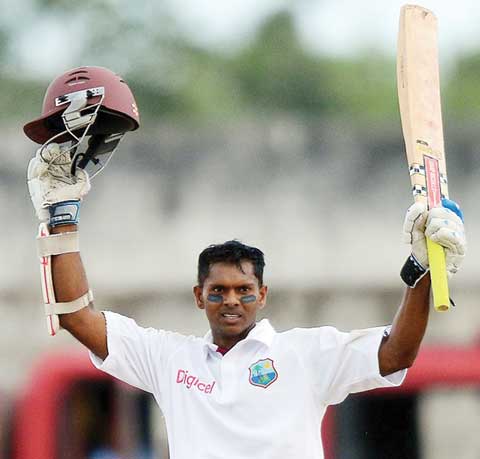 He is the only player to play more than two decades after Sachin Tendulkar. He played 164 Test matches and finishes as Second highest run-getter West Indian, 86 runs short of Brian Lara. Lara scored 11,953 runs (11,912 for West Indies and the rest for the ICC World XI), while Chanderpaul scored 11,867 for only West Indies team.

Chanderpaul had not played for since May 2015 for West Indies, the West Indies selectors dropped him after a weak performance in a home test series against England. Chanderpaul also not the part of the 15 players annual contracts by the West Indies Cricket Board (WICB) in December.

WICB President Dave Cameron said,”The WICB acknowledges the invaluable contibution Chanderpaul has made to the game globally and we wish him all the best.”

Chanderpaul made his debut in 1994 against England and went on to amass 11,867 runs at an average of 51.37 in his test career. He is the seventh highest run getter of all time.

One big reason for Chanderpaul, he wants to play with his old friends in Masters Champions League (MCL), a tournament for only retired cricket players from all forms of cricket including domestic leagues. Chaderpaul was signed for $30,000 to represent Gemini Arabians in the tournament.