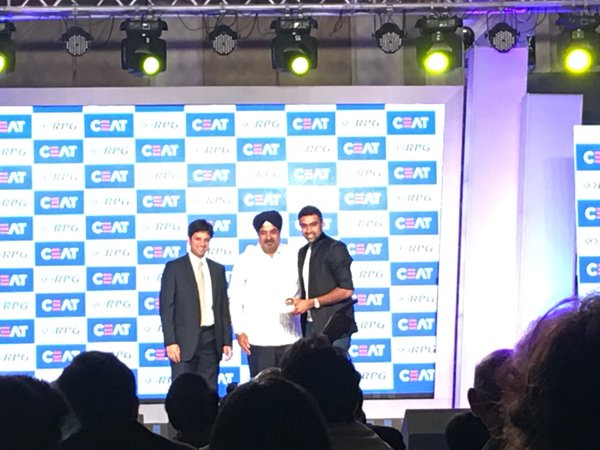 Rohit Sharma: 2015-16 has been good for us. All of us were disappointed after T20 World Cup. Happy with my performance I take everything in my stride. Want to be a part of no.1 Test team.

Kane Williamson: Would like to thank CEAT for the award. Feel privileged to be a part of rich nominees & feel humbled.

Shreyas Iyer: It’s nice when your teammates back you. Would be exciting to play for India. It would be dream come true. Was backing my instincts & being positive. My natural game is to play aggressive.

That’s all about CEAT Cricket Awards 2016 Winners. Check out below for more latest updates about Cricket and other Indian news.