After exit of Indian Cricket Team head coach Anil Kumble, Board of Control for Cricket in India appointed new member as Manager for India tour of Windies. 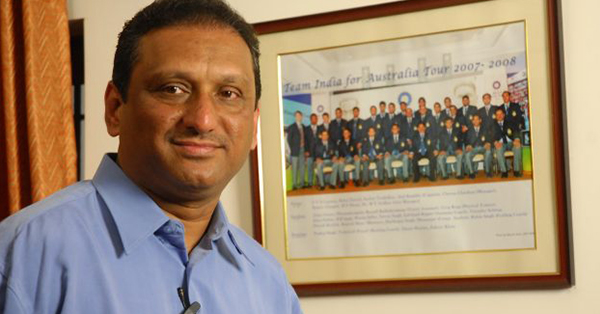 After the defeat of India against Pakistan in Champions Trophy finals, Coach Anil Kumble steps down from his position. BCCI has signed 1 year contract with Kumble as coach, however the reason for him to down from his role is due to some misunderstanding between Virat Kohli.

The BCCI confirmed that Kumble won’t travel along with Team India for Windies tour. With new head coach to be select in few week, BCCI appointed new Manager for the tour.

MV Sridhar on Wednesday was appointed as manager of the Indian cricket team for the tri-series in the West Indies starting June 28.

Sridhar is a notable domestic player in India in late 90s. He played for Hyderabad team in Ranji Trophy and scored 6701 Runs in first class cricket including 21 centuries. Before going to tour The newly appointed Manager of Team India addressed the press.

The veteran said, “I have nothing to say if people question my appointment and credentials. My First-Class record as a cricketer [6701 runs at an average of 48.91 with 21 hundred’s is there for everybody to see. I was very much present at the AGM where my name was announced. So I feel sorry for those who are questioning my credentials.”